« If you can come and dine with us at Mrs. Marliani’s, you will make us all a great pleasure » 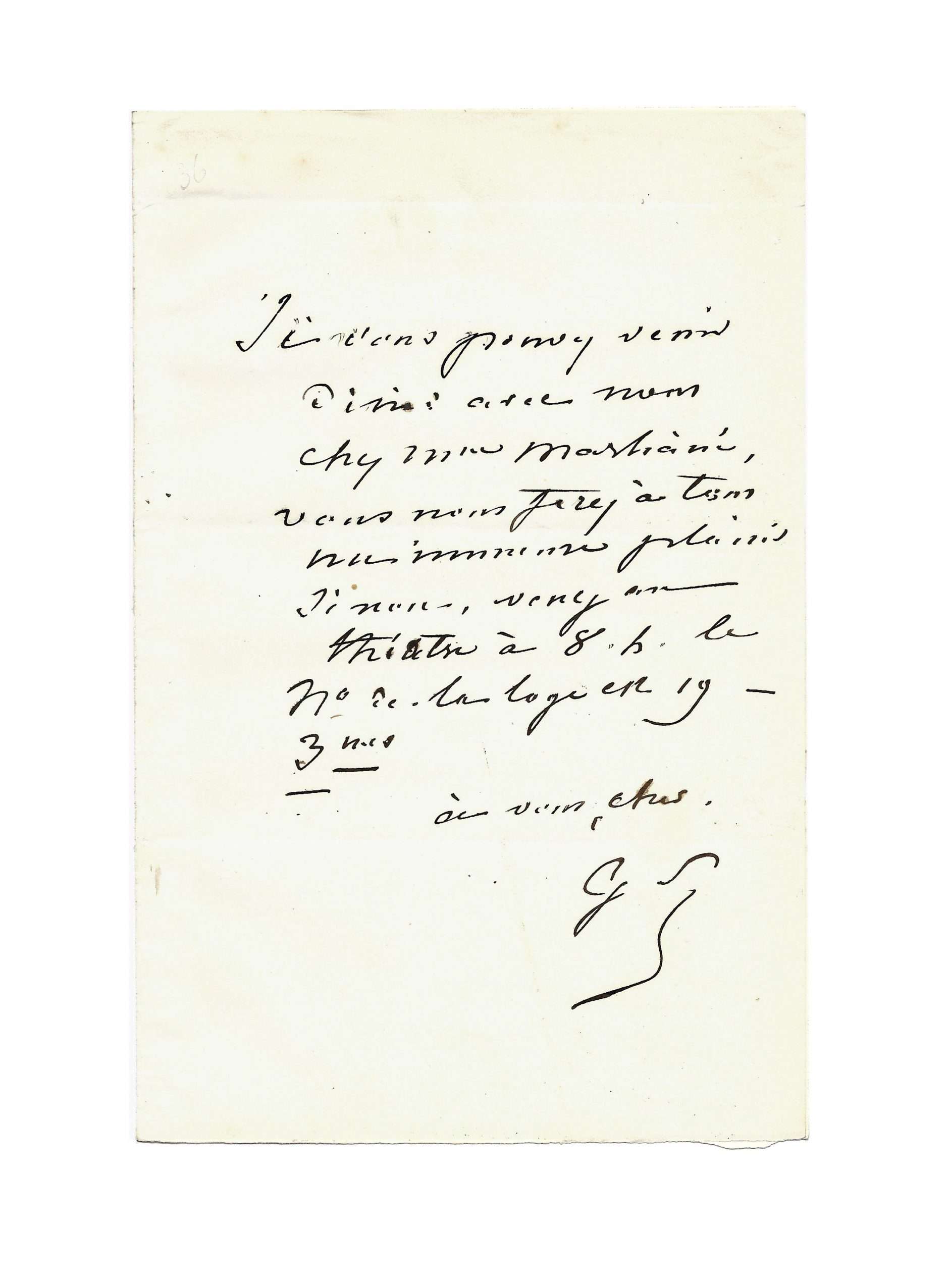 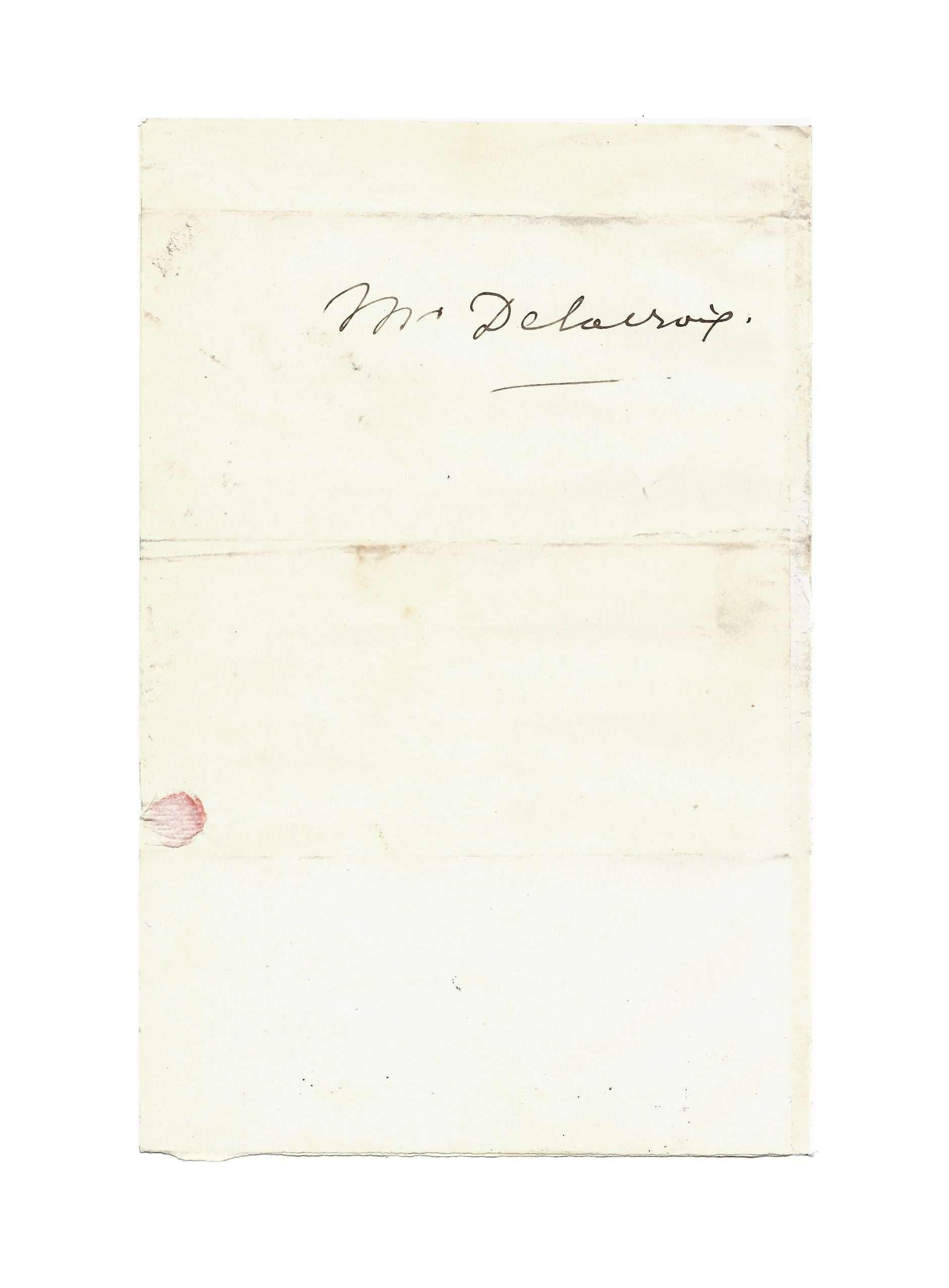 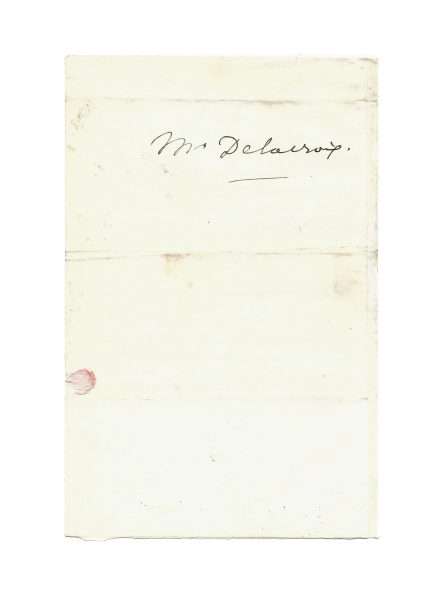 Charlotte Marliani met George Sand in 1836 and quickly became the writer’s confidante. In 1838, she was dedicated to George Sand’s last novel, La Dernière Aldini.
Delacroix met Charlotte Marliani at the earliest in 1838 through George Sand. The proximity of the two women is reflected in the painter’s correspondence. He appreciated the writer’s friend: “make a thousand friendships to Mrs. Marliani” [letter of April 10, 1842].
It should be noted that in the 1840s, Delacroix regularly frequented the Marliani couple. He remained close to Charlotte Marliani during her marital problems and following her separation from her husband in 1847. From 1847, the year of the resumption of her Journal, Delacroix noted several dinners at her home. A few years after his death, the painter wrote: “I saw again this salon where we spent cheerful and pleasant moments at the good Marliani’s house”

This letter testifies to the affectionate friendship between the novelist and the painter. Begun in 1834, it was to end at Delacroix’s death in 1863. They exchanged one of the most beautiful correspondences of the nineteenth century.

Eugène Delacroix then resided at 17, rue des Marais Saint-Germain in Paris from 1836 to 1844 (now rue Visconti). It was in this studio that he painted the famous portrait representing the novelist and his lover Frédéric Chopin.