« Brunet was once a clown. He was radiant / Above humans by dint of stupidity » 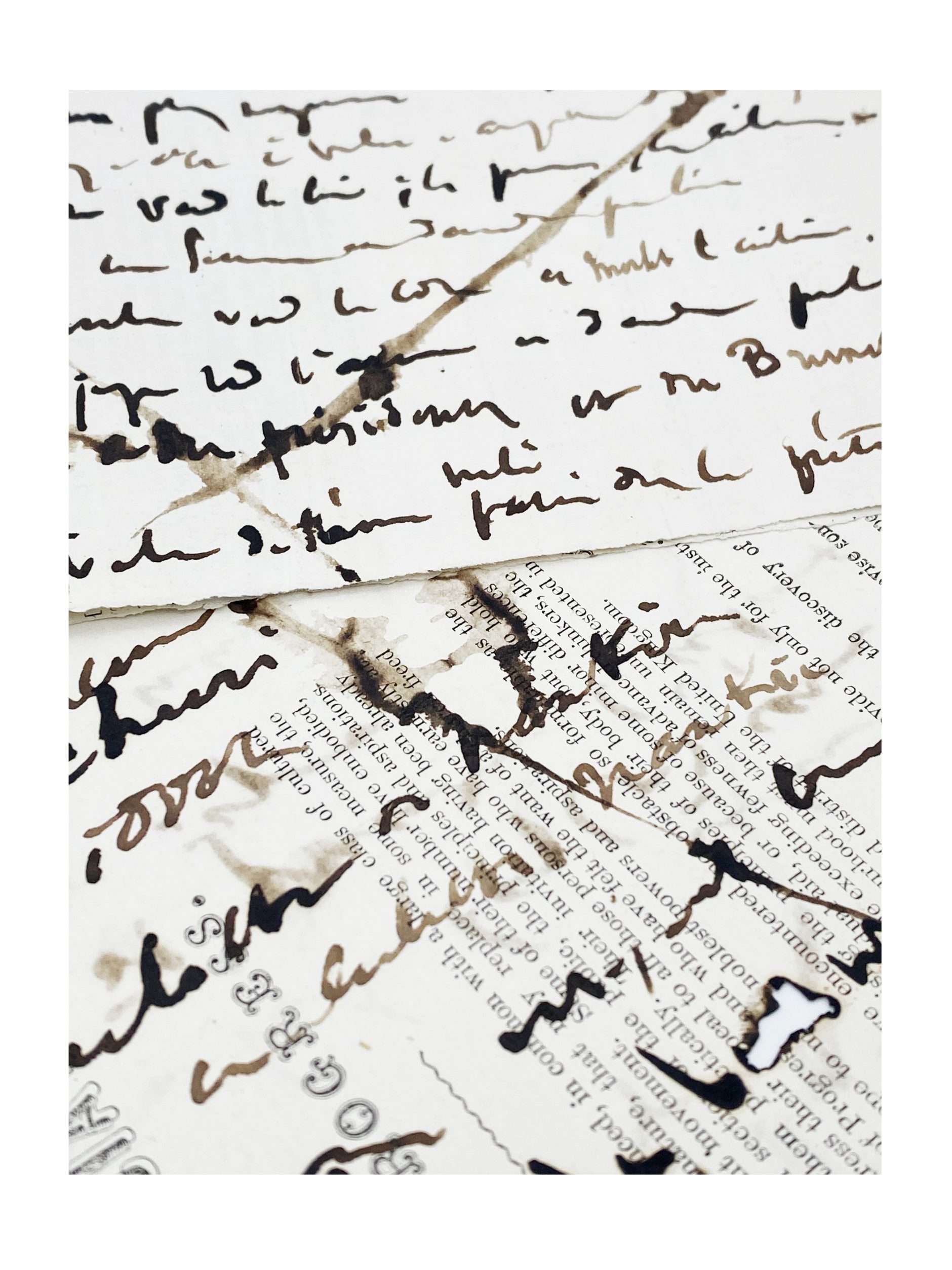 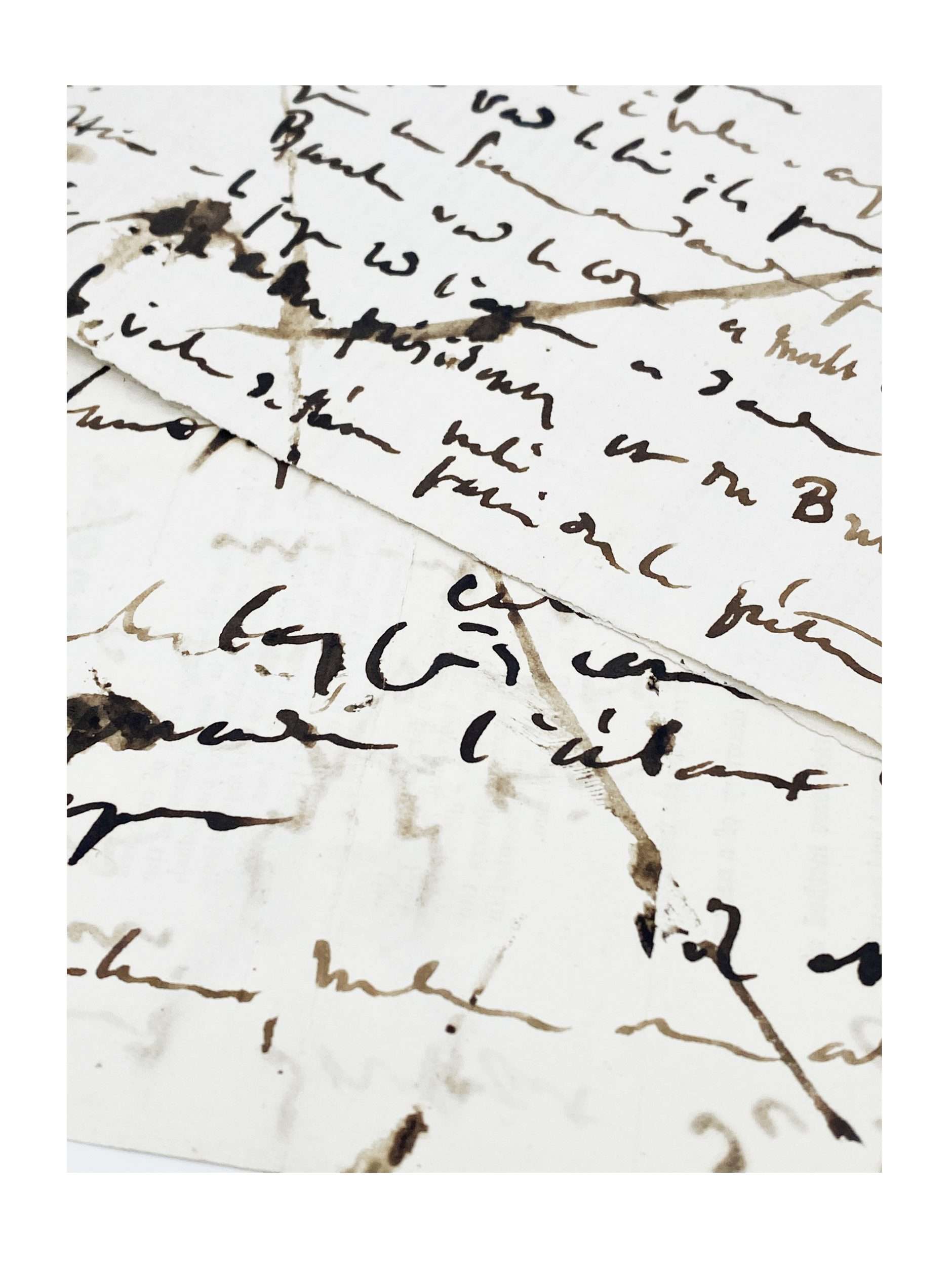 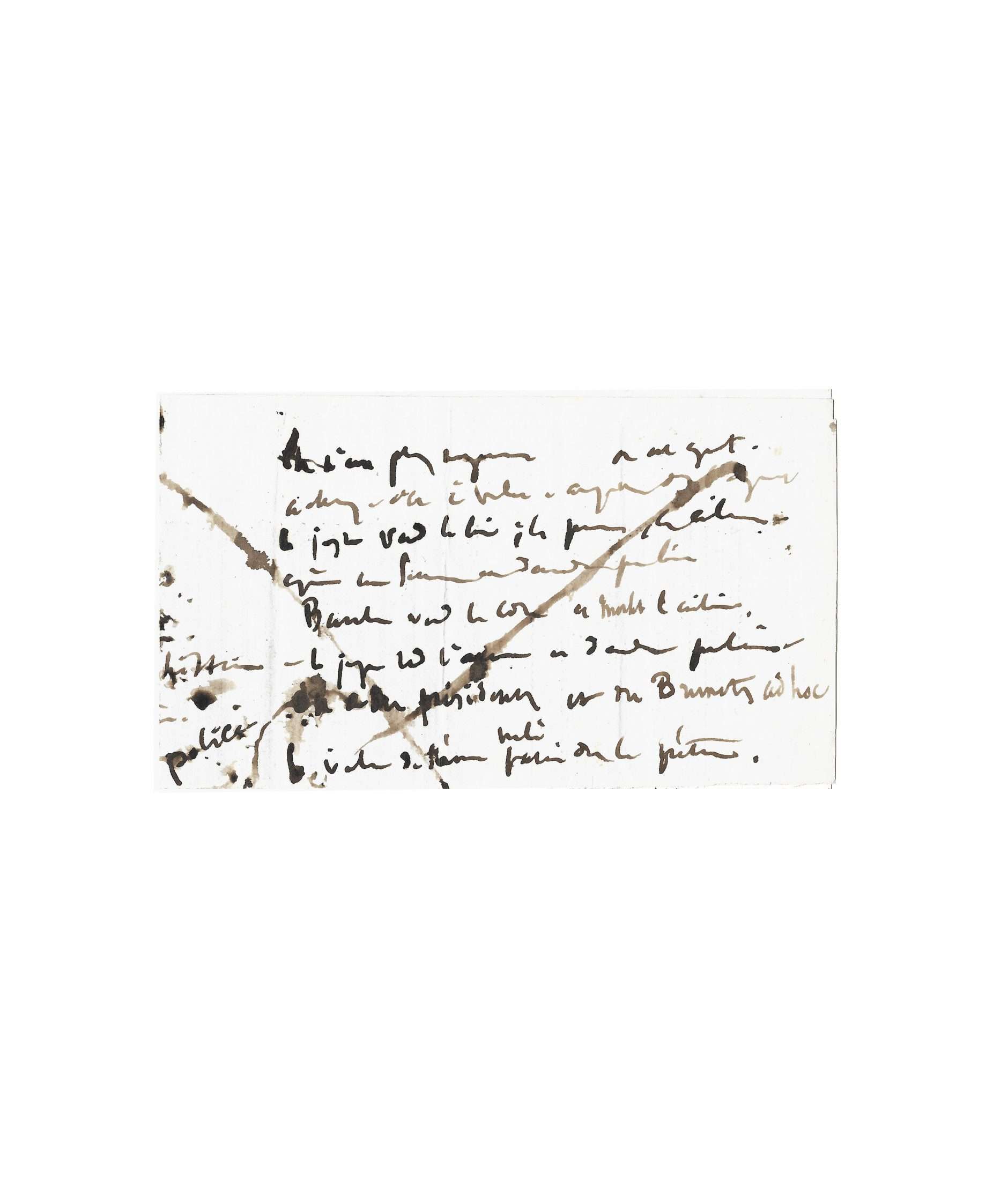 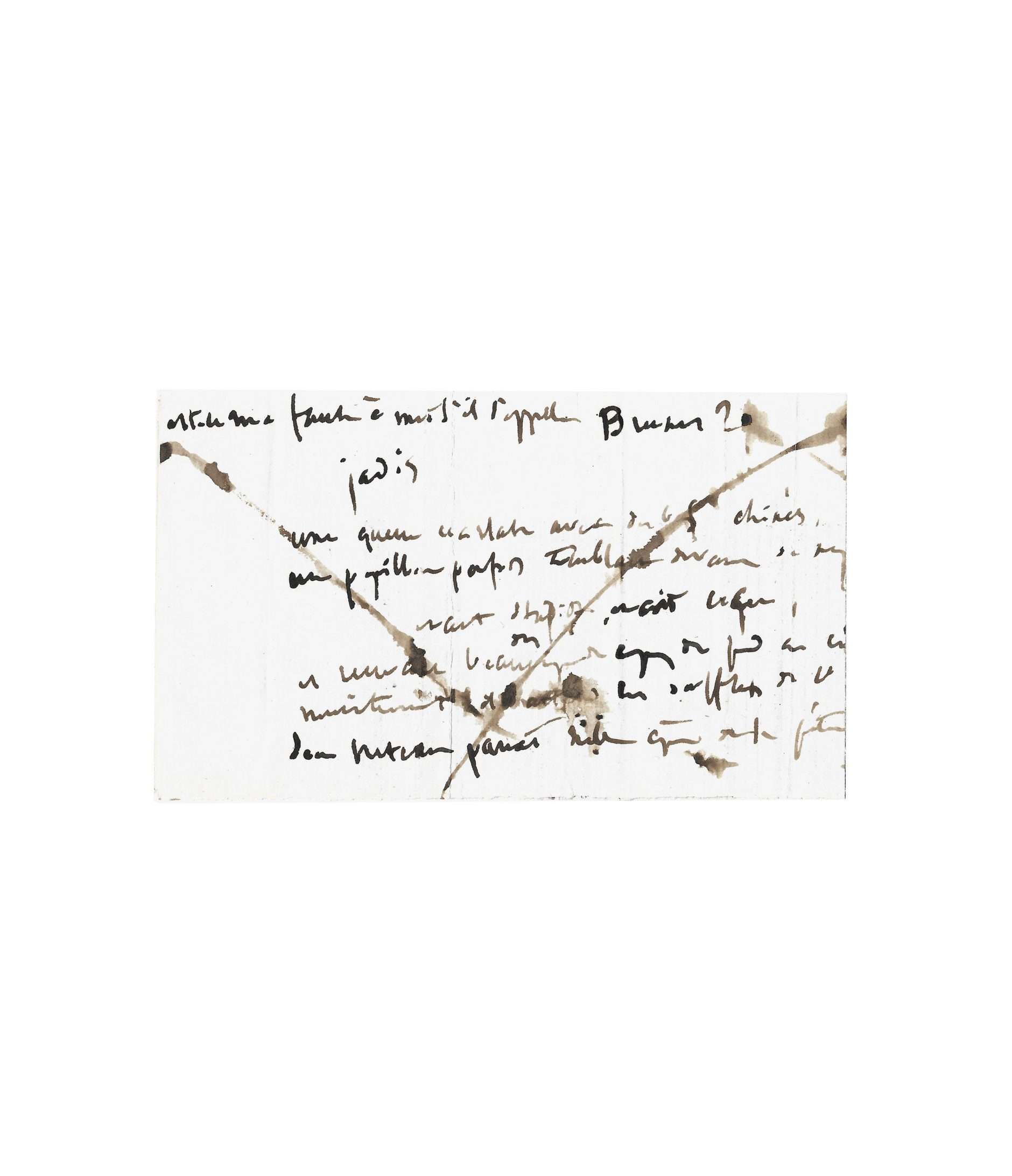 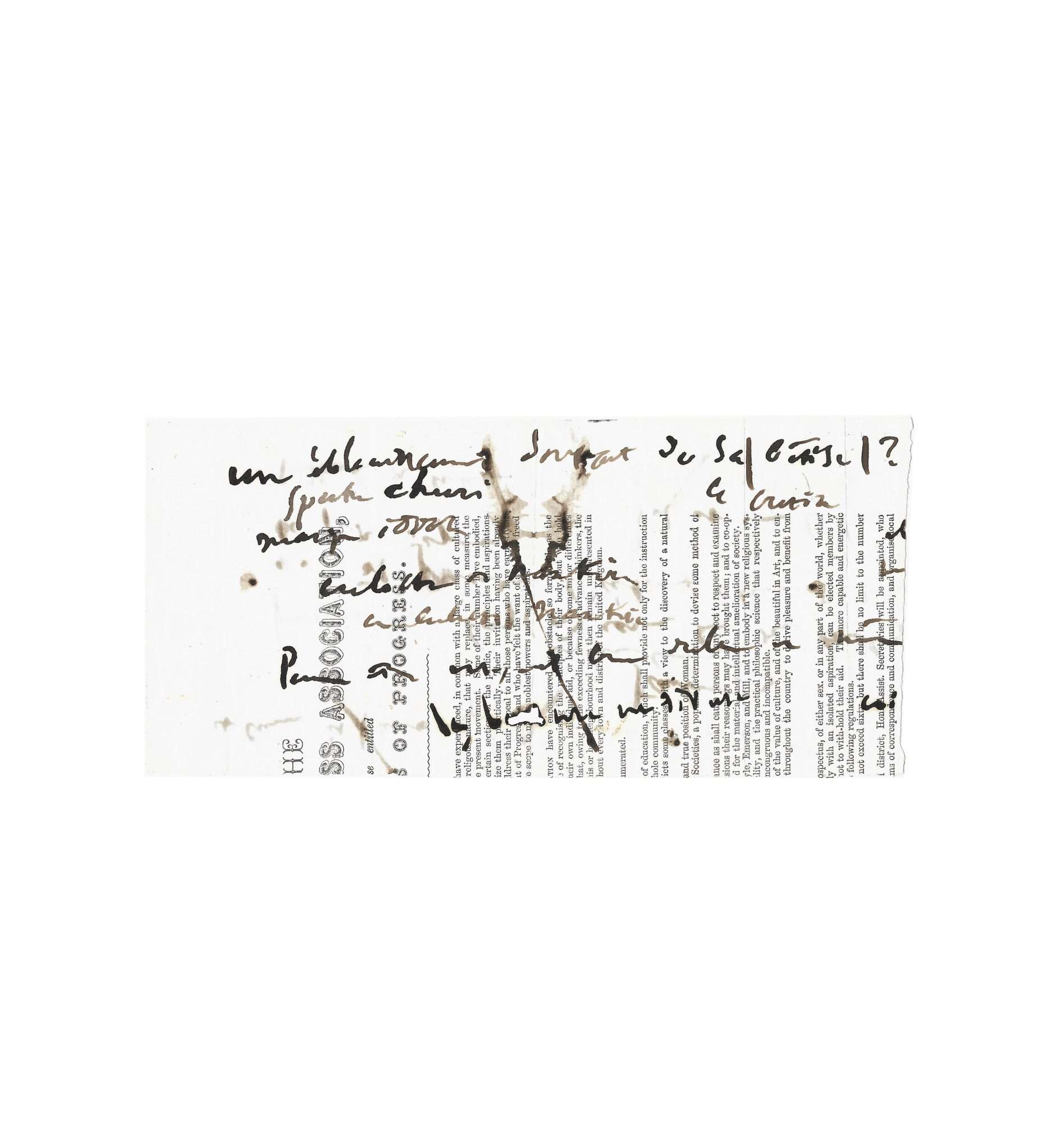 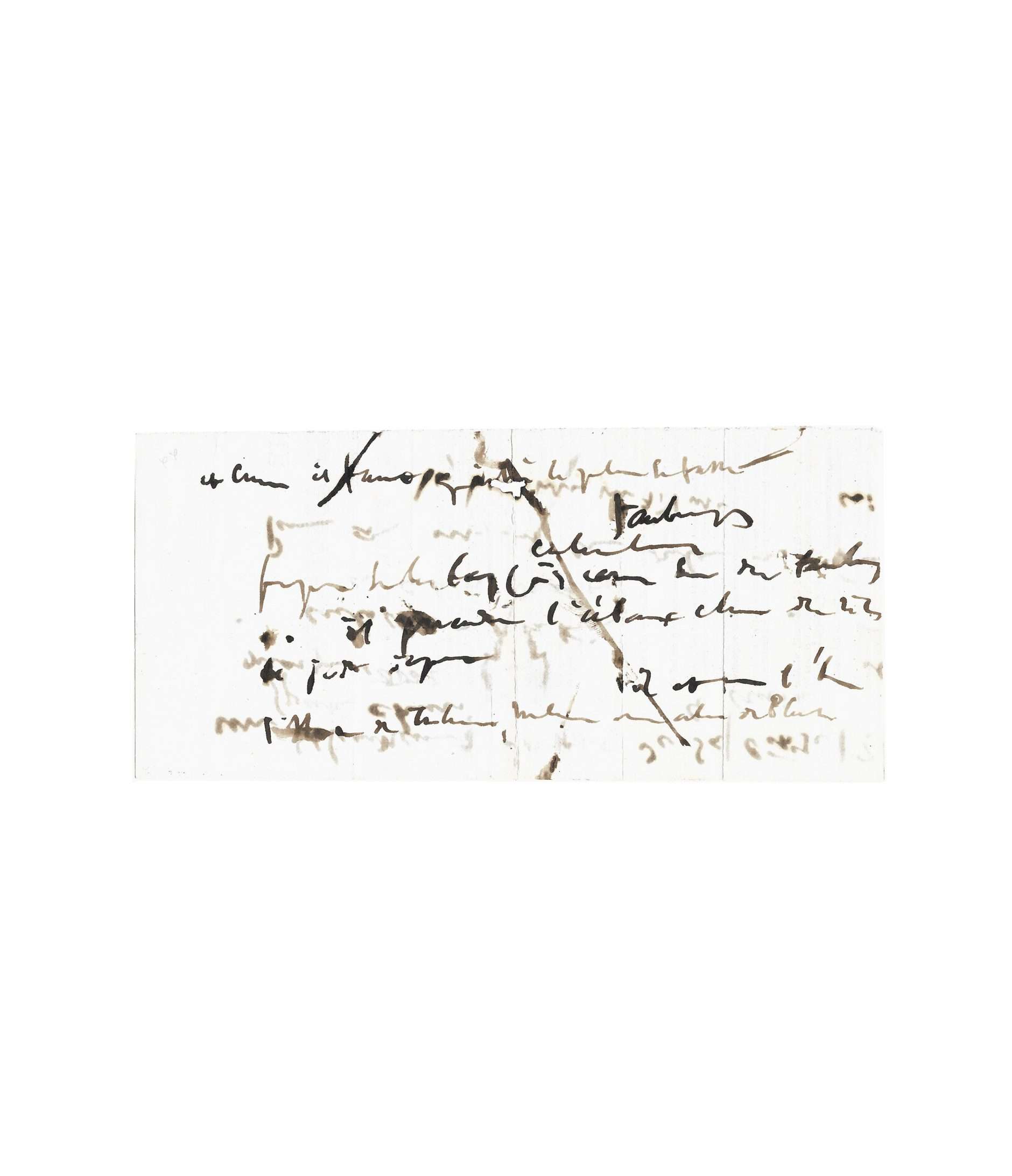 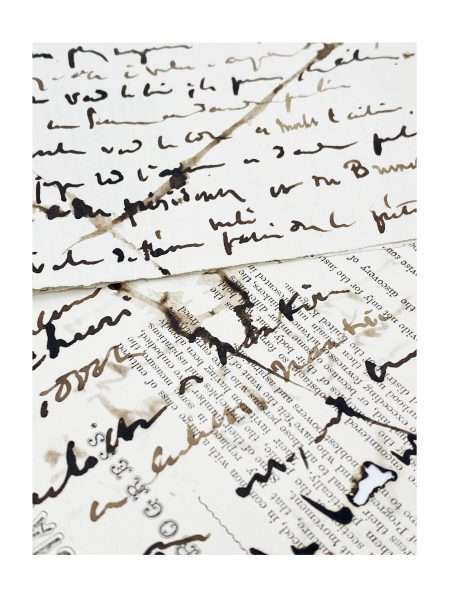 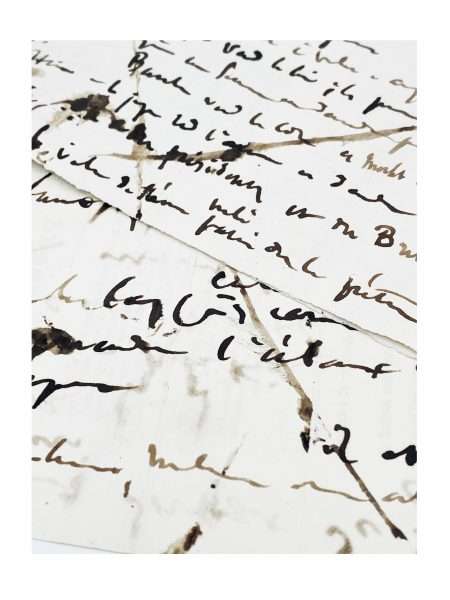 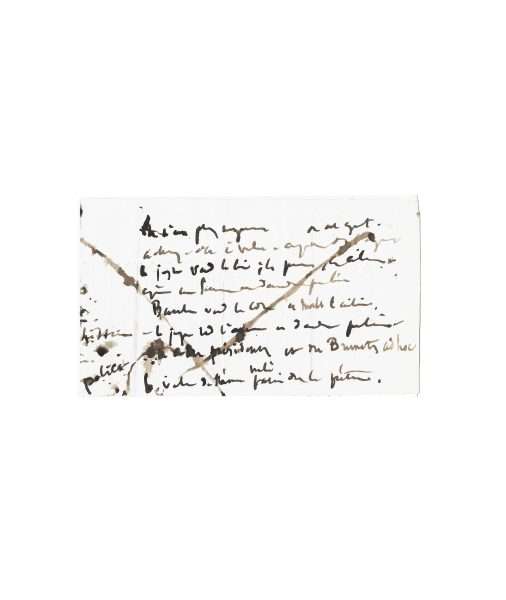 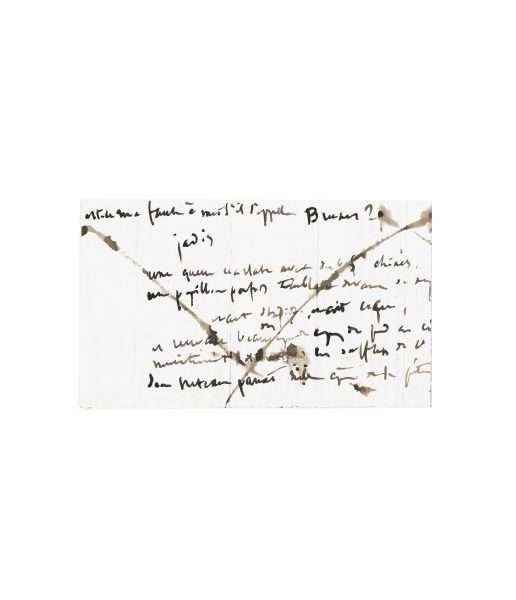 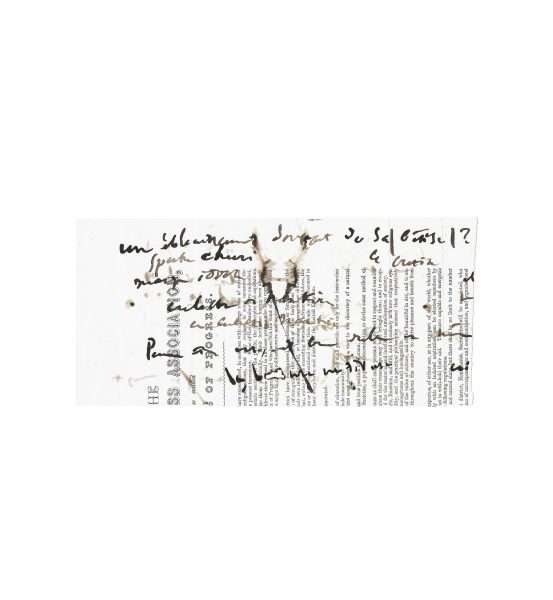 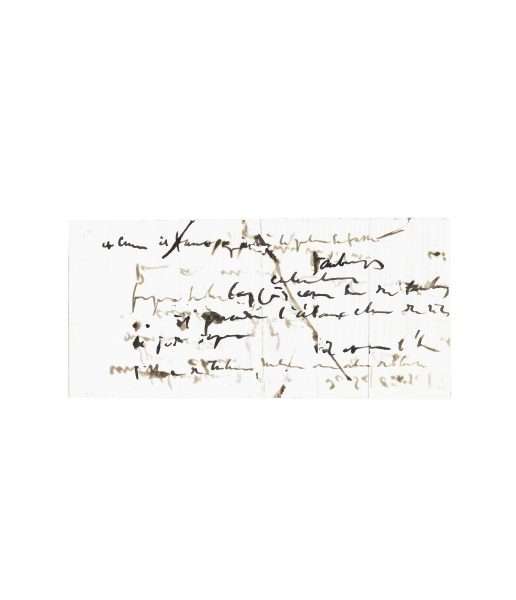 Autograph fragments for a satirical poem on the backside of « The Social progress association » propaganda
S.l.n.d [Guernesey, 1870], two teared strips in-4°
Holes due to ink corrosion

Circa 25 verses thrown on 2 strips of paper

Precious draft for the satirical poem Un President, written during the last months of exile

It was at the beginning of 1870, the last year of his exile, that Victor Hugo wrote this violently satirical poem intended to humiliate President Brunet, of the 6th Chamber who had convicted his son Charles of press offense. This president had a homonym, in the theater, specialized in the roles of Jocrisse. The poem, fierce, plays with this confusion. It begins with the sentence: “Is it my fault if it was called brunet”, the first appearing in the upper left part of this chip is the only one preserved in the original form.
Then, follow two parts: the first, made of allusions to the roles of the actor Brunet:

The second, assuming a metamorphosis of the actor into a judge, describes the profession in the same ironic way:

Victor Hugo revolved around these satirical verses, looking for pictorial formulas, the first drafts of which he carried on a membership form to an English society for social progress. For example, on the front of this bulletin, there is an original verse, not preserved in its form and punctuated by a question mark:

At the bottom of the other strip we also decipher the verse « On a un président et un Brunet ad hoc » which will survive in the form « on est Brunet : on rend des sentences ad hoc »

Finally, the bulletin of the association itself is of interest. It was used to recruit militants, obviously “writers”, to defend social progress.
One can imagine that Hugo received this kind of flyer during his stay in Guernsey.