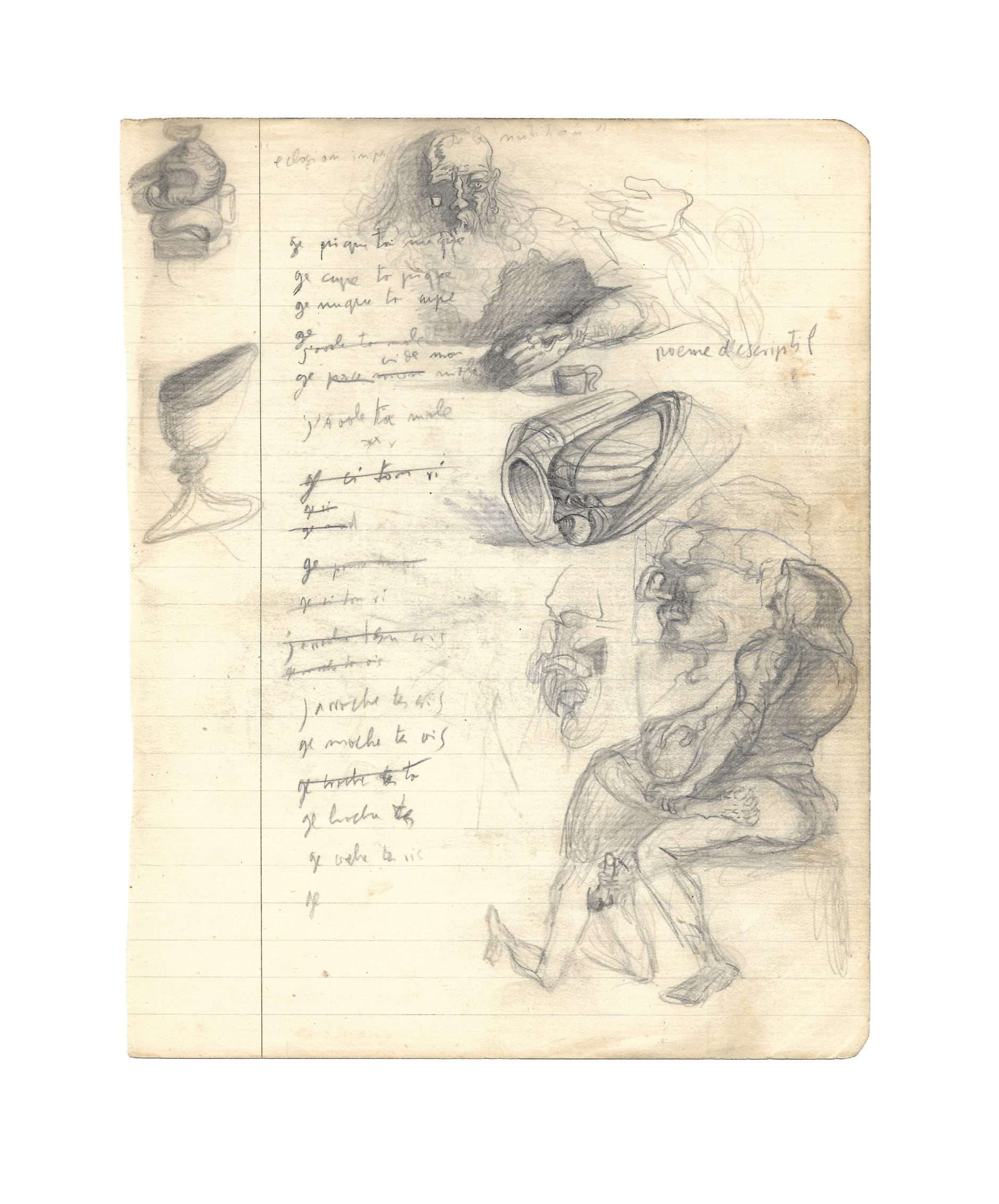 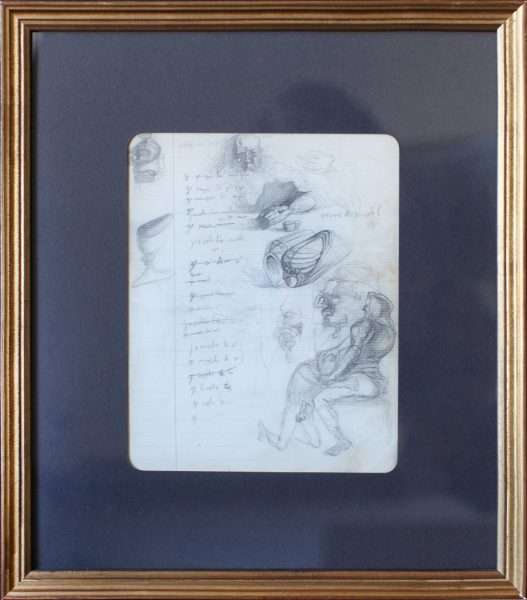 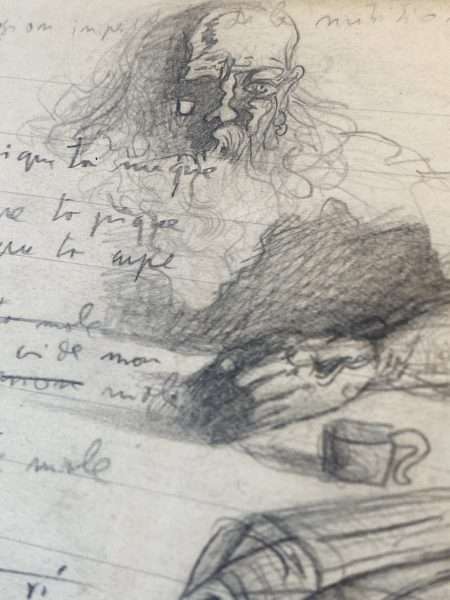 Dalí titled the poem “imperceptible outbreak of nutrition”, he writes, as usual, in phonetic French:

1935 is a turning point in the creation process for the Catalan master. Dalí found the surrealist works too limited, the impossibility of going further in the exploration of this world led him to proceed to a work of introspection leading to paranoia. He worked on this aspect of himself and studied the behavior of the mentally ill, especially people with paranoid tendencies. It will result from this research a method to open one’s mind to the things of the invisible, of the unconscious through the use of the paranoid character present in each of us; it is called the Paranoia-Critical Method, or M.P.C. In painting this will result in the double or even multiple image to which he will remain attached for most of his life.