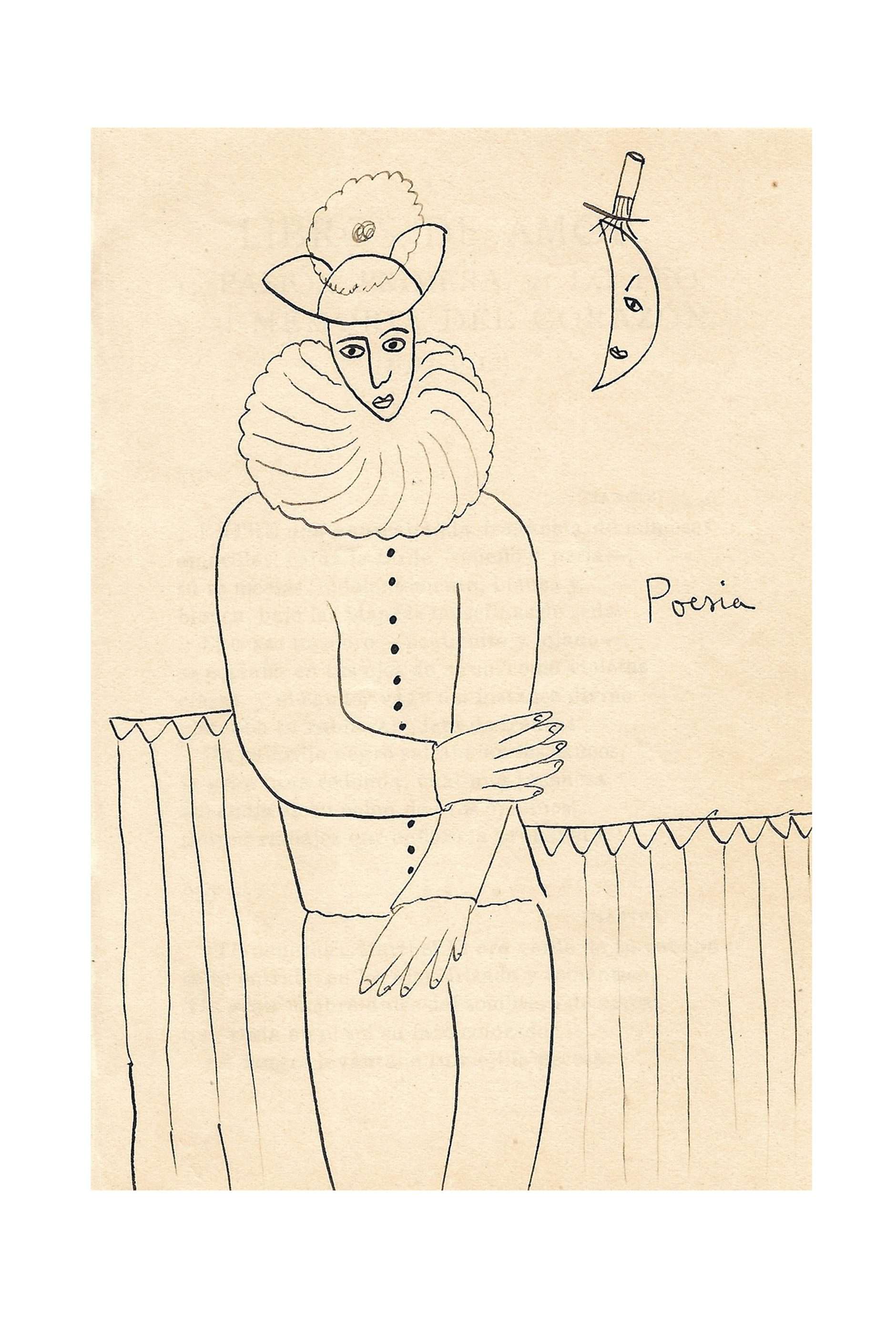 This ink drawing originally appeared in Juan Ramón Jiménez’s Segunda antología poética, published in 1922. García Lorca had decorated it with two drawings, probably with the intention of offering it to one of his lovers.
The first drawing (this one) opened the chapter “Love Poems”

This work, from which emanates a great delicacy, represents a young man, as often in the drawings of the poet, and observed by a personified half-moon. The lines, which are characterized by curved lines, confirm the poet’s aesthetic sense and sensitivity, his mental speed as well as his originality, intuition, hypersensitivity and creativity.

Juan Ramón Jiménez and García Lorca met in Madrid in 1919. Federico had arrived in the Spanish capital with a letter of introduction from Fernando de los Ríos addressed to the poet de Moguer. When he arrived in Madrid, Federico was very young, and Juan Ramón evokes, many years later, this presence as that of the one who is in front of a very special, almost magical child, a “boy of the moon”.

This work referenced at the Fundación Federico García Lorca in Madrid