Rare signature of Lafayette during the revolutionary period 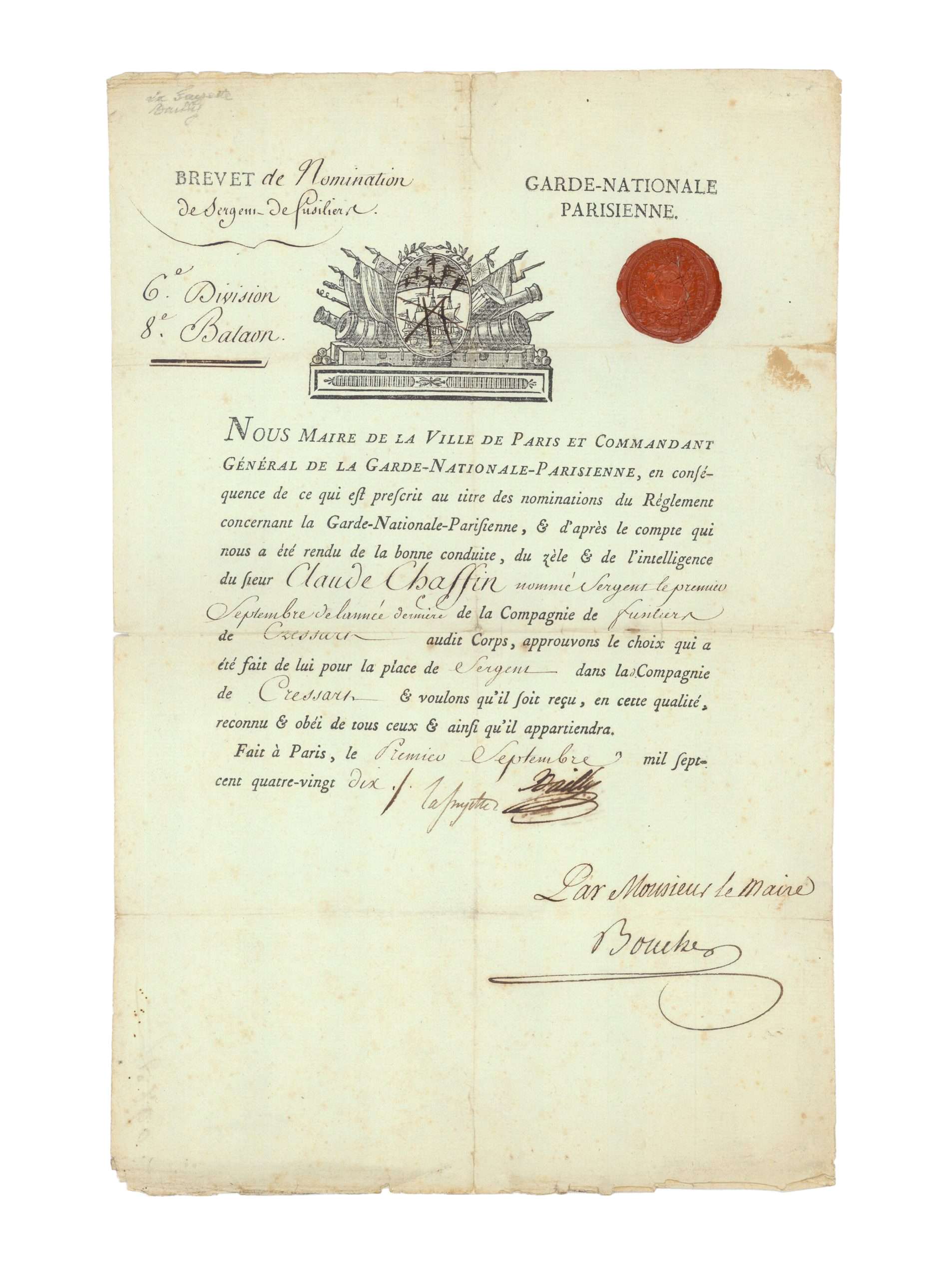 Rare signature of Lafayette during the revolutionary period

It was Jean-Sylvain Bailly who, on 20 June 1789, during the oath of the Jeu de Paume, took the first oath and three days later, at the meeting in which Louis XVI demanded the dispersal of the Assembly, refused to comply and deremed himself president of the National Assembly.
It is interesting to note that the royalist symbols (especially the lily flowers) of the vignette were crossed out at the time!