« I sold all the paintings. Send the money quickly. Champagne flows » 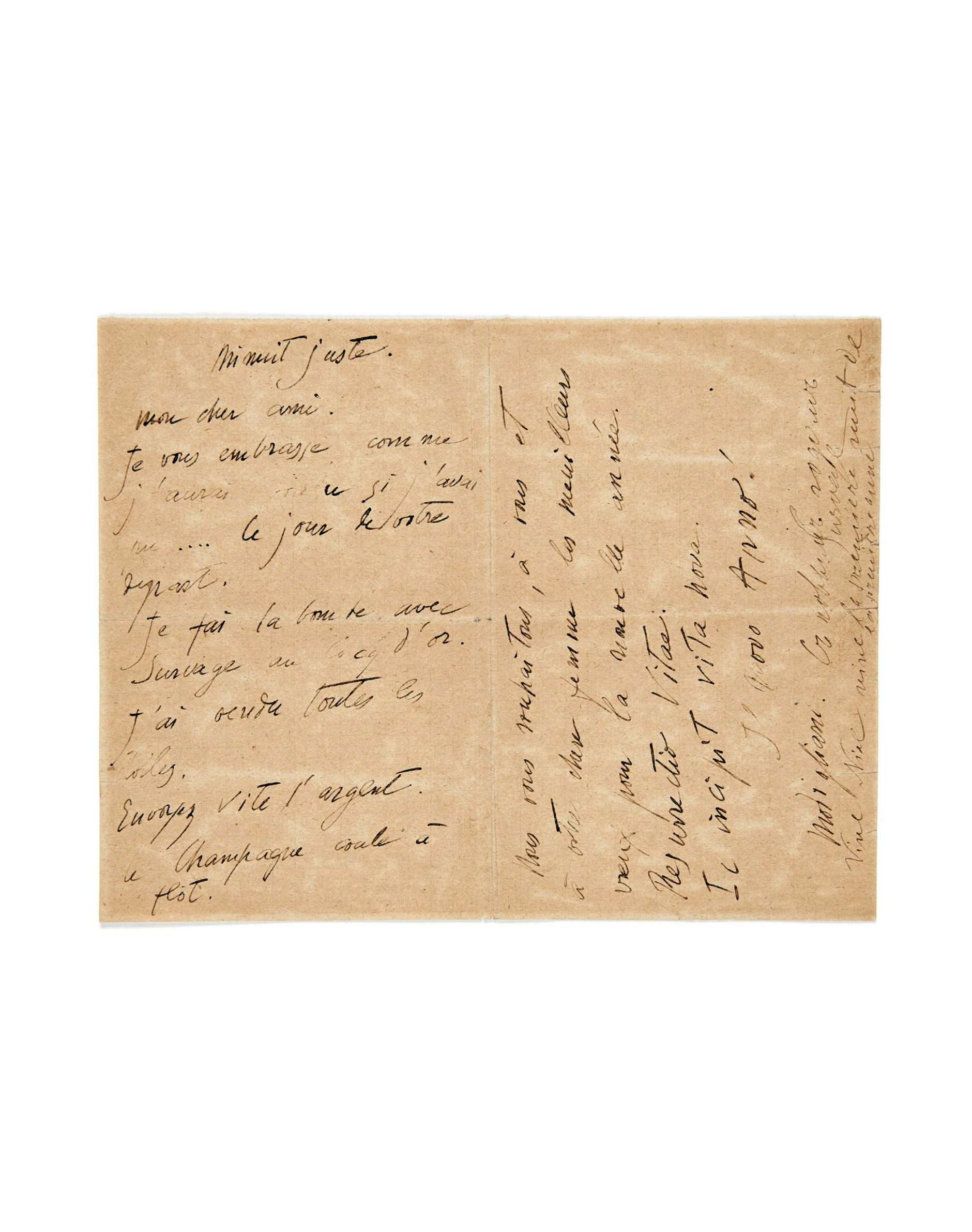 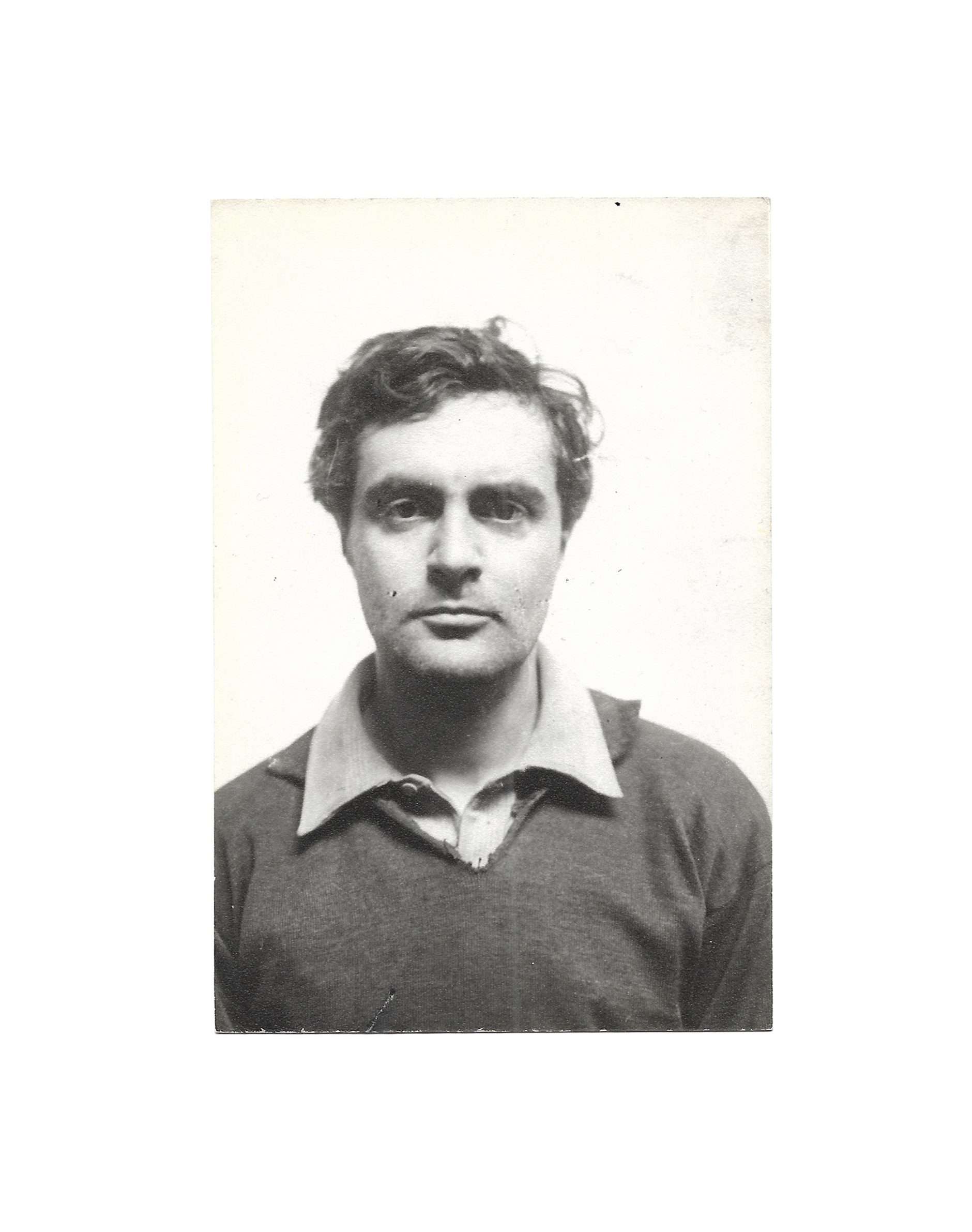 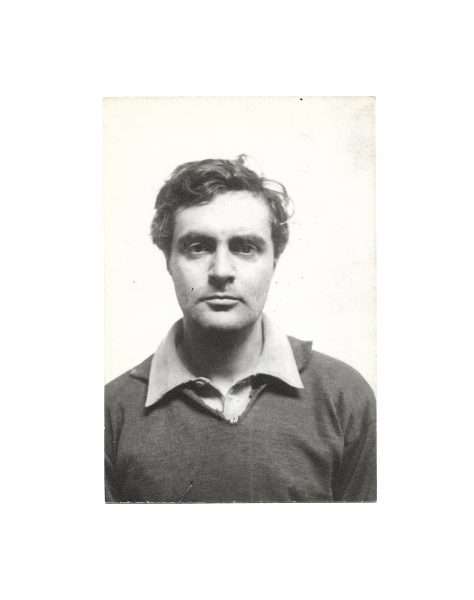 This letter was sent from Nice, where Modigliani stayed at the instigation of his patron, Leopold Zborowski. The latter managed to convince the painter to leave for the Côte d’Azur in the company of Soutine and Foujita, where he would meet Cendrars, Survage and Paul Guillaume. The artist and his partner, Jeanne Hébuterne, pregnant with their daughter, will stay there for a year. It is on this occasion that Modigliani returns to painting with enthusiasm. Some of his most beautiful works were made during this stay, among which Nu debout, Jolie laitière, Garçon à la veste bleu, but also two of the three landscapes that we know of him, and in a very Cezannian style.

A remarkable fact of this southern period for Modigliani: he is happy for the first time, despite his illness – which will take him away a year later – and his financial worries. He has plans, an optimistic consideration of existence, he has fun, and celebrates the new year with Survage at the Coq d’Or, a Russian cabaret in Nice.

The facetious Modigliani will even go so far as to tease Zborowski by telling him that he has “sold all the paintings”. This is not the case. In the next letter, addressed to the same, the painter will say to him “You are a bundle that does not understand the joke. I didn’t sell anything at all. ».
Survage, later, will also specify that the champagne was in reality only “red wine!”

1- Léopold Survage (1879-1968) arrived in Paris in 1908. He was close to Apollinaire, Férat and his cousin the Baroness of Œttingen, whose lover he became. Friends with Modigliani, he spent a few days by his side in Nice, far from Paris and the big Bertha which pounded the capital at the end of the war, and so that Modigliani could find a more conducive climate for work. Survage is one of the founders of the Golden Section.

2- Anna Zborowska (1885-1978) married Zborowski in 1914. She has often posed for Modigliani, but also for Vallotton, Utrillo, Derain, Foujita and Kisling.

3- Modigliani mistakenly writes “Ic” for “Hic”. There is here an allusion for the beginning of Dante’s Vita Nova: “Here begins the new life.”

We attach:
A film print of the famous portrait of Modigliani facing the camera (12,9 x 8,6 cm)