“Mr. Nadar has the honour to present his respects…” 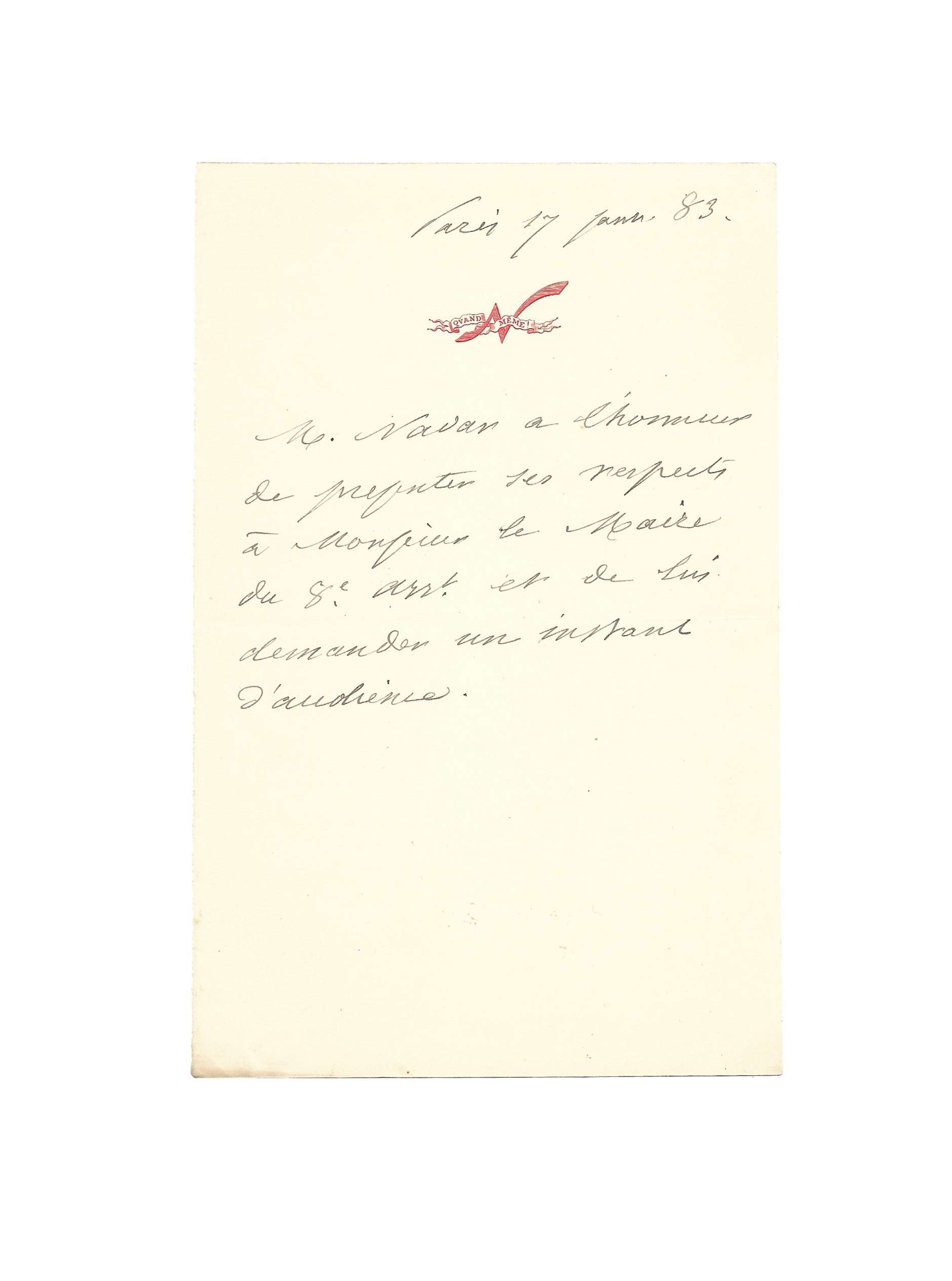 Autograph letter signed on letter-head “Nadar” to Mayor of 8th arrondissement of Paris
Paris, 17 January 1883, 1/2 p. in-8
On his letterhead to his initial

Nice request for an appointment by Nadar

This request was made to Alfred Koechlin-Schwartz (1829-1895), mayor of the 8th arrondissement of Paris between 1879 and 1888. His name was first embroiled in press controversies in 1887, when, presiding as civil registrar at the wedding ceremony of a princess of the Orléans family, he used the qualification of Monseigneur. Strongly attacked for this fact by various republican newspapers that demanded his dismissal, Alfred Koechlin was nevertheless kept in office by the government, until the day when his sudden membership of the Bakery movement caused him to be deposed.