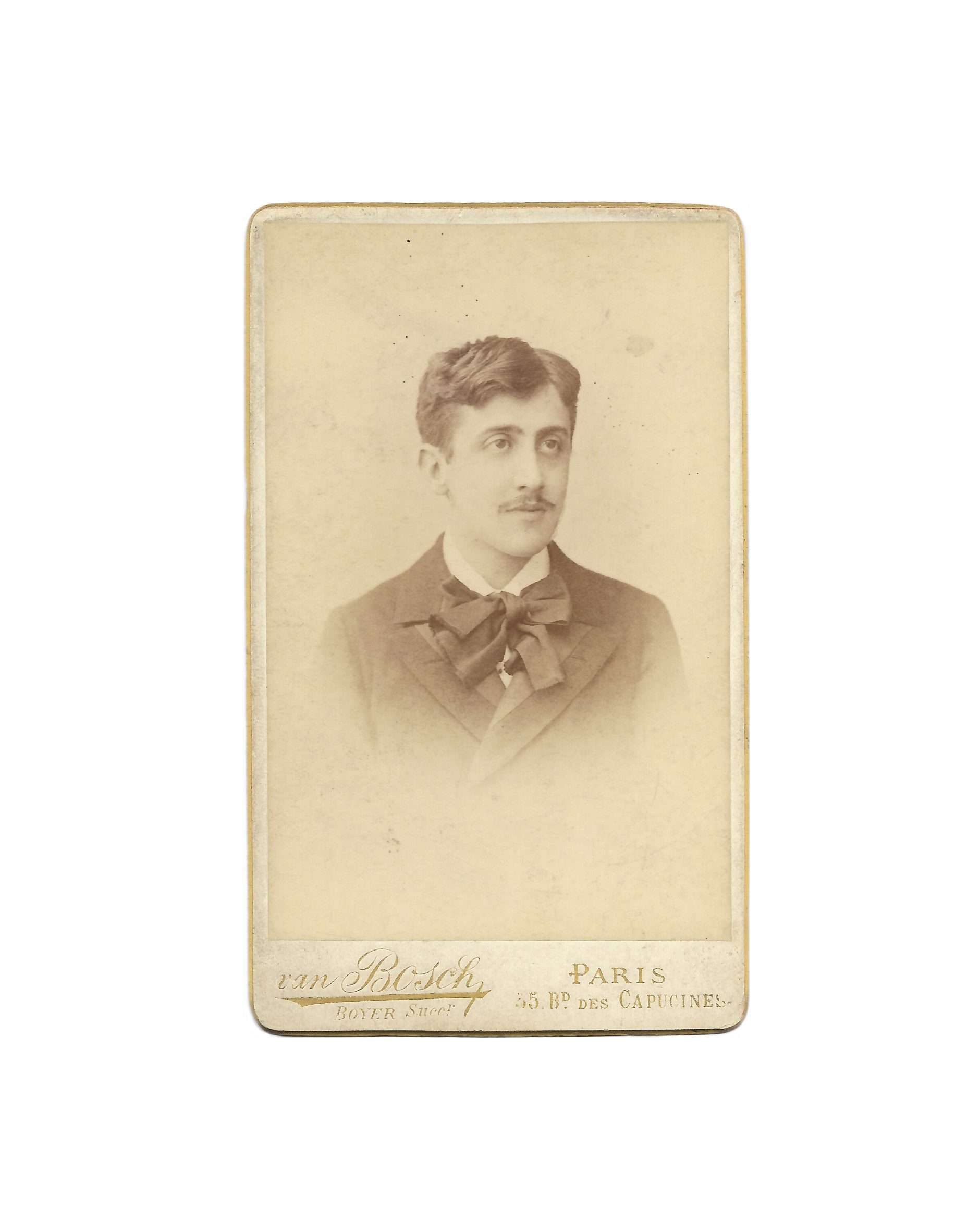 Original photograph by Paul Boyer (successor of Otto Van Bosch)
Period albumin print (circa 1891). Name card format (90 x 58 mm) glued on hard cardboard in the photographer’s name. Golden edge.
Small spots, annotations on the back. Wet cachet from the Mante-Proust collection on the back side.
Remarkable state of preservation.

One of Marcel Proust’s mythical portraits

Portraitist Paul Boyer took over Otto Van Bosch’s Parisian studio in 1888. Located on Boulevard des Capucines and Trouville, he was active until 1909.

We know a variant of this photograph, the gaze directed towards the lens.