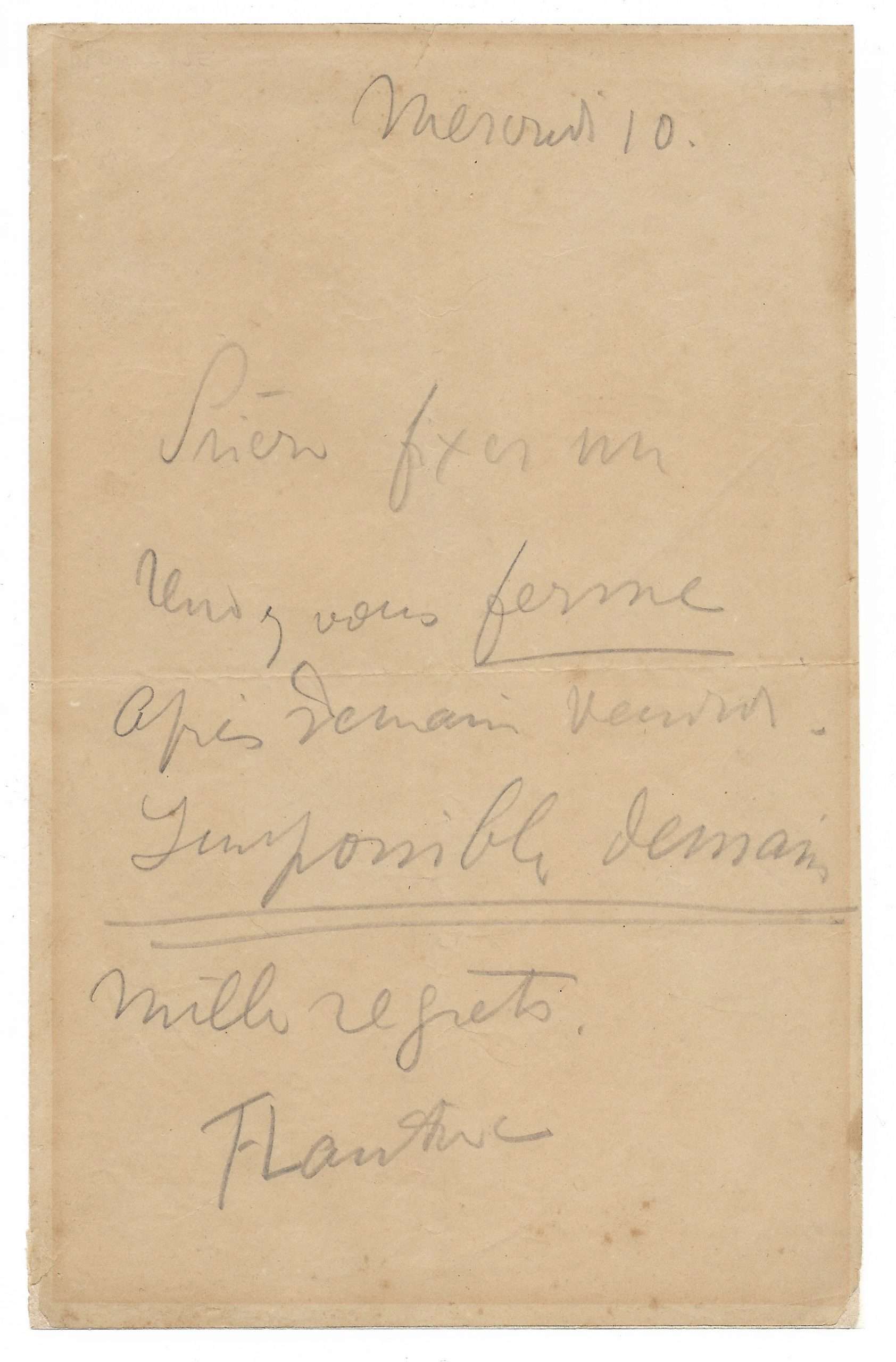 Autograph letter signed (pencil) « HTLautrec » to an unknown recipient
N.d.n.p Wednesday 10th [1895?]
1 page in-8 on double sheet, slight discoloration on each edge, professional repairs on each angle on page 2, without affecting the text. Fold marks.

Rare billet from Lautrec with his famous HTLautrec signature

Henri de Toulouse-Lautrec abruptly stopped growing because of a bone disease and two horse falls that left him highly injured. He started painting and drawing, then moved to Paris in 1882 to carry on his learning on art. He then got immersed in the impressionism movement and got acquainted with Degas and Van Gogh. He frequented cabarets, notably the Moulin Rouge, and immortalized them in his paintings as well as on his posters (Moulin Rouge, La Goulue, 1891). He also painted in theaters, concert cafes and brothels (At the Salon on Rue des Moulins, 1894) where he captured people candidly. He then became an emblematic figure of Parisian nights.