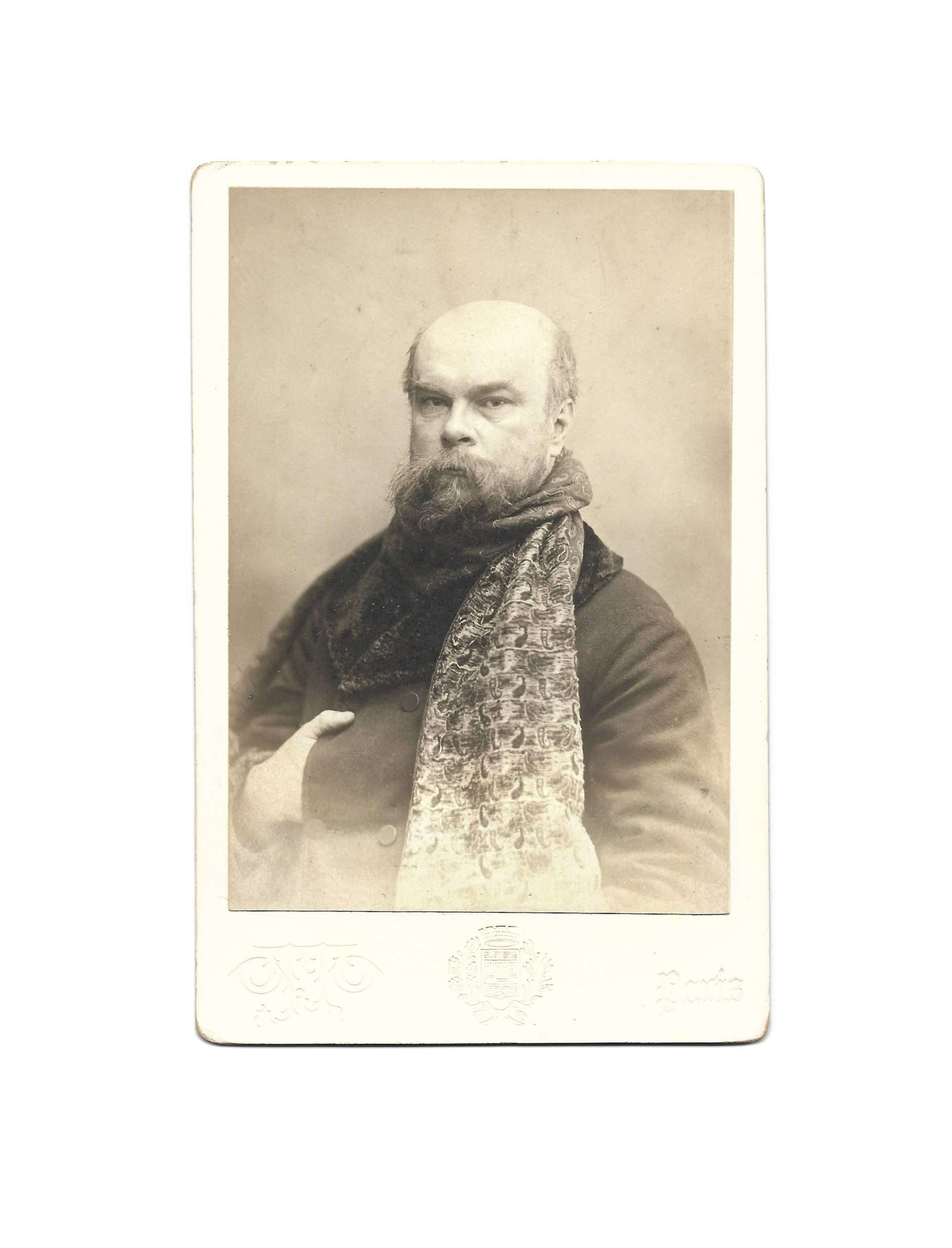 Paul Verlaine commissioned the photographer to take a series of portraits when he considered applying for the Académie Française. Several tests are then carried out.
For these photographs, the poet poses with the famous scarf of the house Charvet, which had been given to him by Robert de Montesquiou.
Three years before his death, the poet appears the Socratic face, the hunchbacked forehead, his gaze sunk under the eyebrow arch, sporting the chamaré scarf of which he was so proud.

This portrait is one of the most famous of the poet, it is presented here in a remarkable state of preservation.

Swedish-born photographer Otto Wegener (1849-1922) moved to Paris, Place de la Madeleine, in 1883. He quickly became the portraitist of the worldly society, including Marcel Proust whom he admired.