Timeless portrait of Verlaine, sitting on a bench at café François 1er, in front of a large glass of absinthe 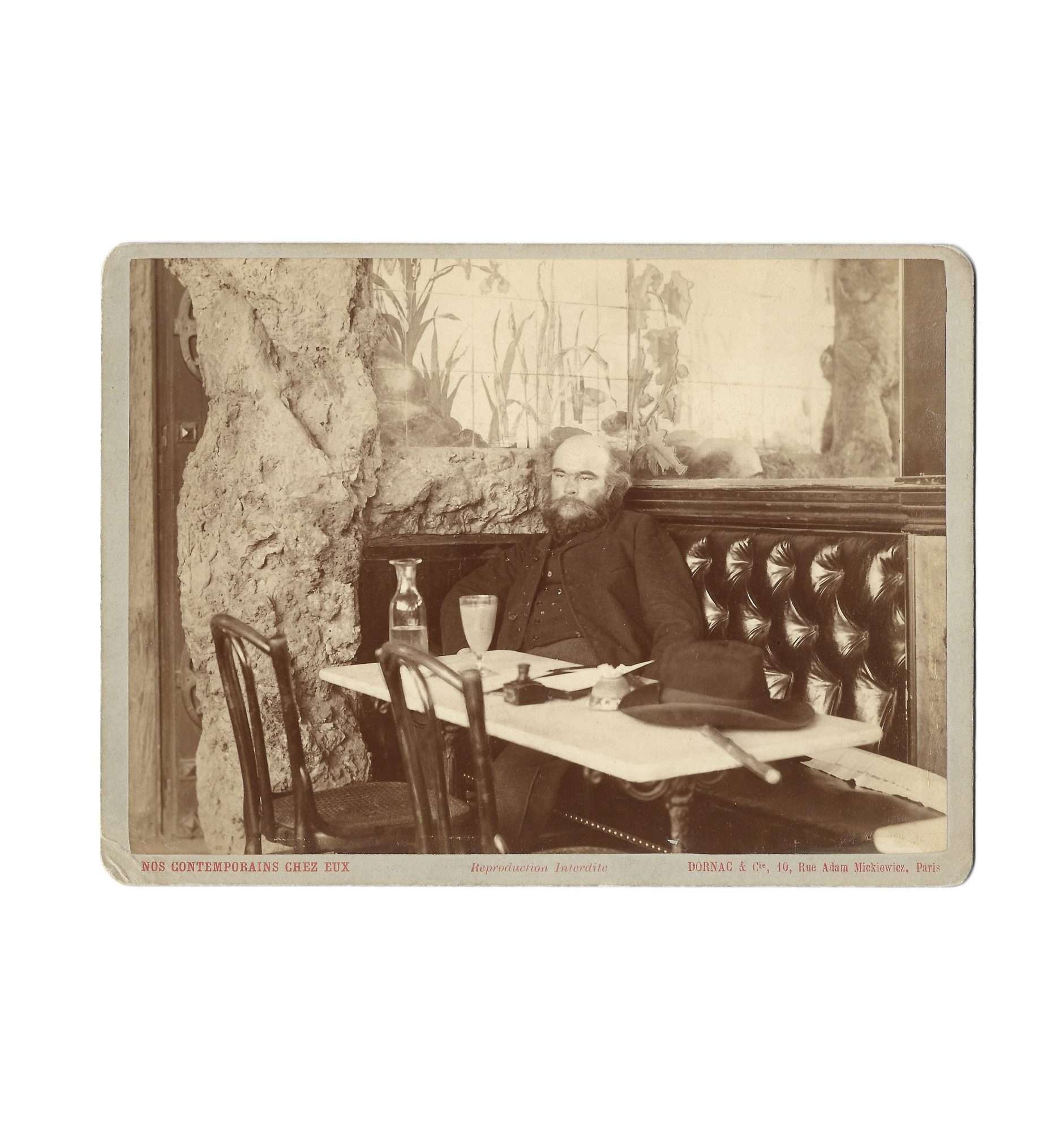 Timeless portrait of Verlaine, sitting on a bench at café François 1er, in front of a large glass of absinthe

The poet’s eyes are a little murky; on the table, next to the glass lie a few sheets of paper, an inkwell, his cane and his hat.

This photograph immortalizes Verlaine in one of the cafés boulevard Saint-Michel where he had his habits and received writers, friends…

By the late 1880s, Dornac had undertaken a series of portraits of the celebrities of his time entitled Nos contemporains chez eux.
Verlaine’s photography portrait at the Café François 1er took place on May 28, 1892. The photographer made three of the poet seated in the same establishment. This photograph is akin to the one depicting the poet at another place in the bench, with a glass of wine in front of him instead of a glass of absinthe.