« I continue to seek, to develop through drawing and color the idea of art that I think I have » 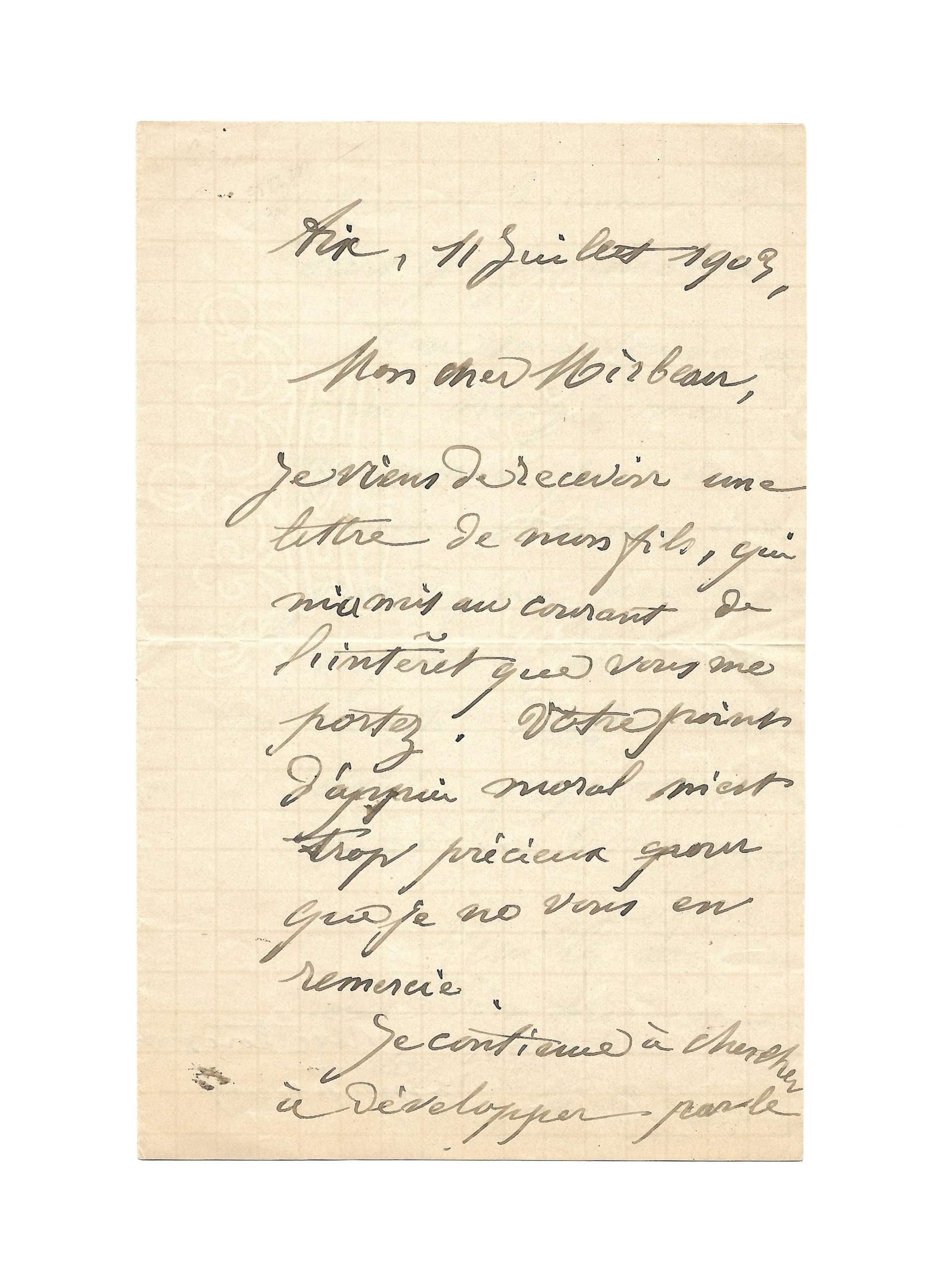 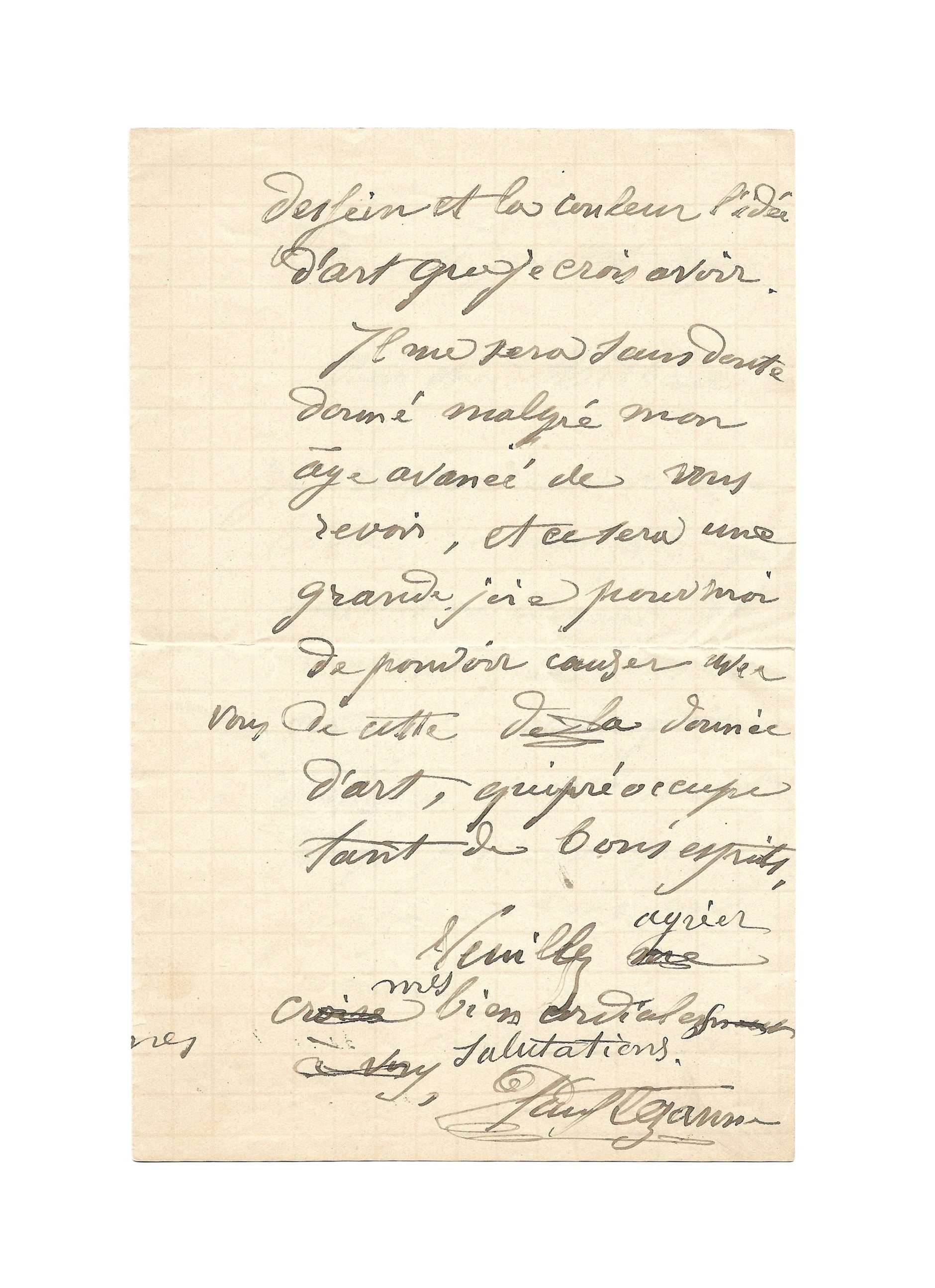 Scarce letter from Cézanne, ever unsatisfied, in perpetual search for perfection in his art

As far as we know, the painter and the critic met only once, in Giverny, at Claude Monet’s house, on November 28, 1894. At the invitation of Monet, who had taken the initiative of the meeting, Mirbeau responded enthusiastically, but not without some fear. Indeed, he knew by reputation the wild character of the Provençal painter “We will go on Wednesday, it is understood […] But, damn, that Cézanne does not forget to come, because I have a violent desire to know him.”
However, despite Cézanne’s many stays in the Paris region over the following years, no other meeting is attested, which does not fail to surprise. The legendary shyness coupled with savagery of the painter, who fled contacts and showed, in society, a disconcerting clumsiness, probably helps to explain that he apparently made no effort to see his admirer again.

This letter is officially motivated by a letter from his son, Paul, who had to meet Mirbeau in circumstances we do not know. This was a new opportunity to draw his benevolent attention to artistic research: “drawing and color”, “the idea of art that I think I have”. – Thus, Cézanne did reveal to his friend Zola, more than twenty years before, in a letter “I always strive to find my pictorial way”. A painter in perpetual search for an absolute through primitive and organic contact, Cézanne has the features of the tortured artist eternally dissatisfied, so much so that he ends up destroying an important part of his work.
Cézanne’s letters alluding to his art were very rare, so he perhaps had difficulty formulating clearly, by means of words, trial and error linked to an evolution of his aesthetic sensibility rather than to rationalizable theories. Still, he expresses his strong desire to see Mirbeau again.
Cézanne appears as a continuator of the French classical spirit as well as a radical innovator through the use of geometry in portraits, still life and the many landscapes he painted. He is considered the “father of modern art”.