« My quail bundled up, crushed under my fingers » 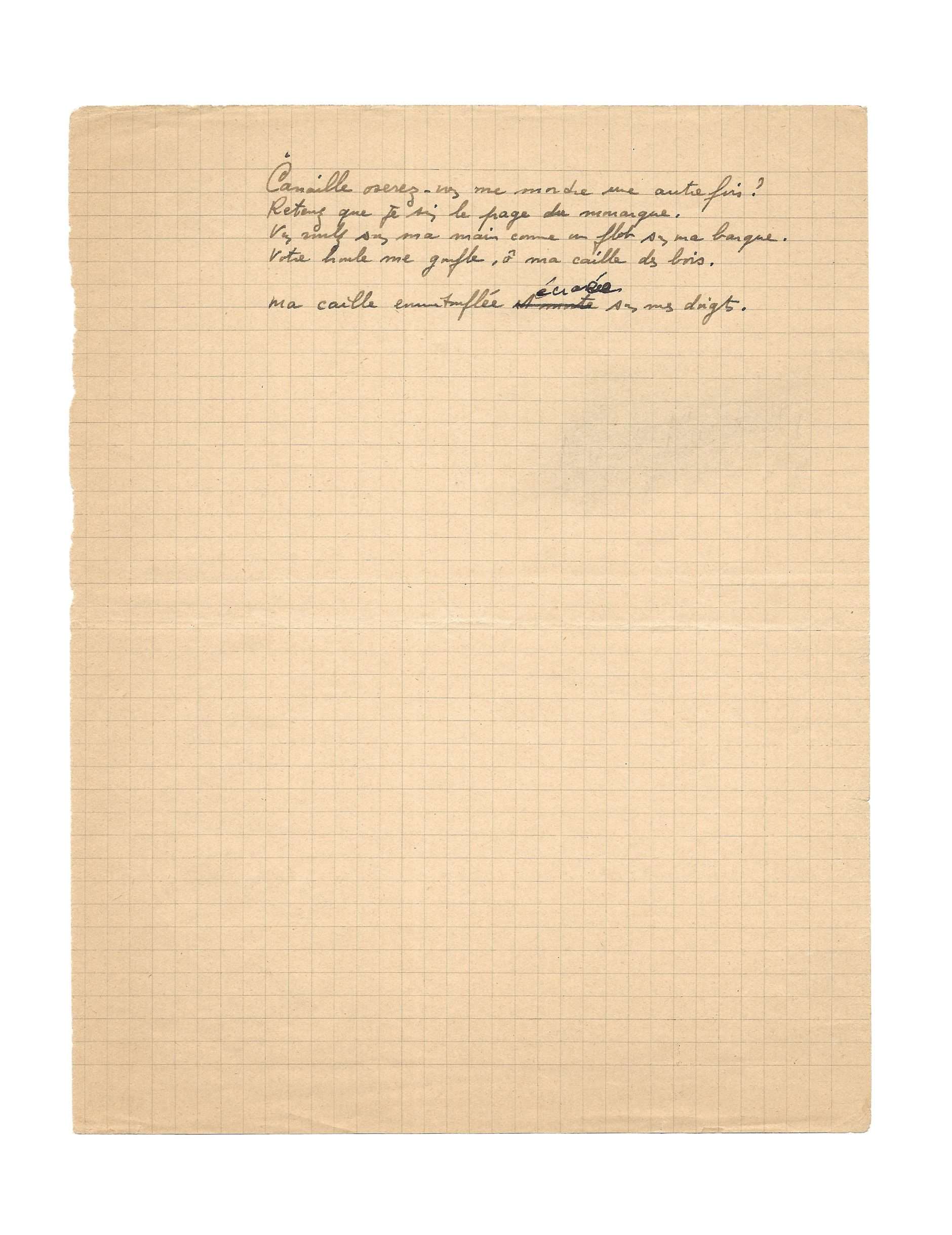 Precious first draft fragment of a poem composed in Prison and attached to “La Parade”, unpublished in its manuscript version

By far the most composite of the poems published in the volume, and the last one that summons the prison universe, “La Parade” (whose title is also that of one of Rimbaud’s most enigmatic Illuminations) is composed of eight partially autonomous pieces, almost all of which were probably written in 1943.

This fragment is composed of a rhyming quatrain embraced and a monostic. We immediately note the presence of a punctuation, almost entirely absent (only two commas and an end period remain) in the collection published in 1948 and taken as it is in the edition of the Pleiade, as well as a variant: “et morte” becomes “écrasée”.
Finally, we note that the hyphenation at the hemstitch in the monostic does not show a comma, unlike the published version.