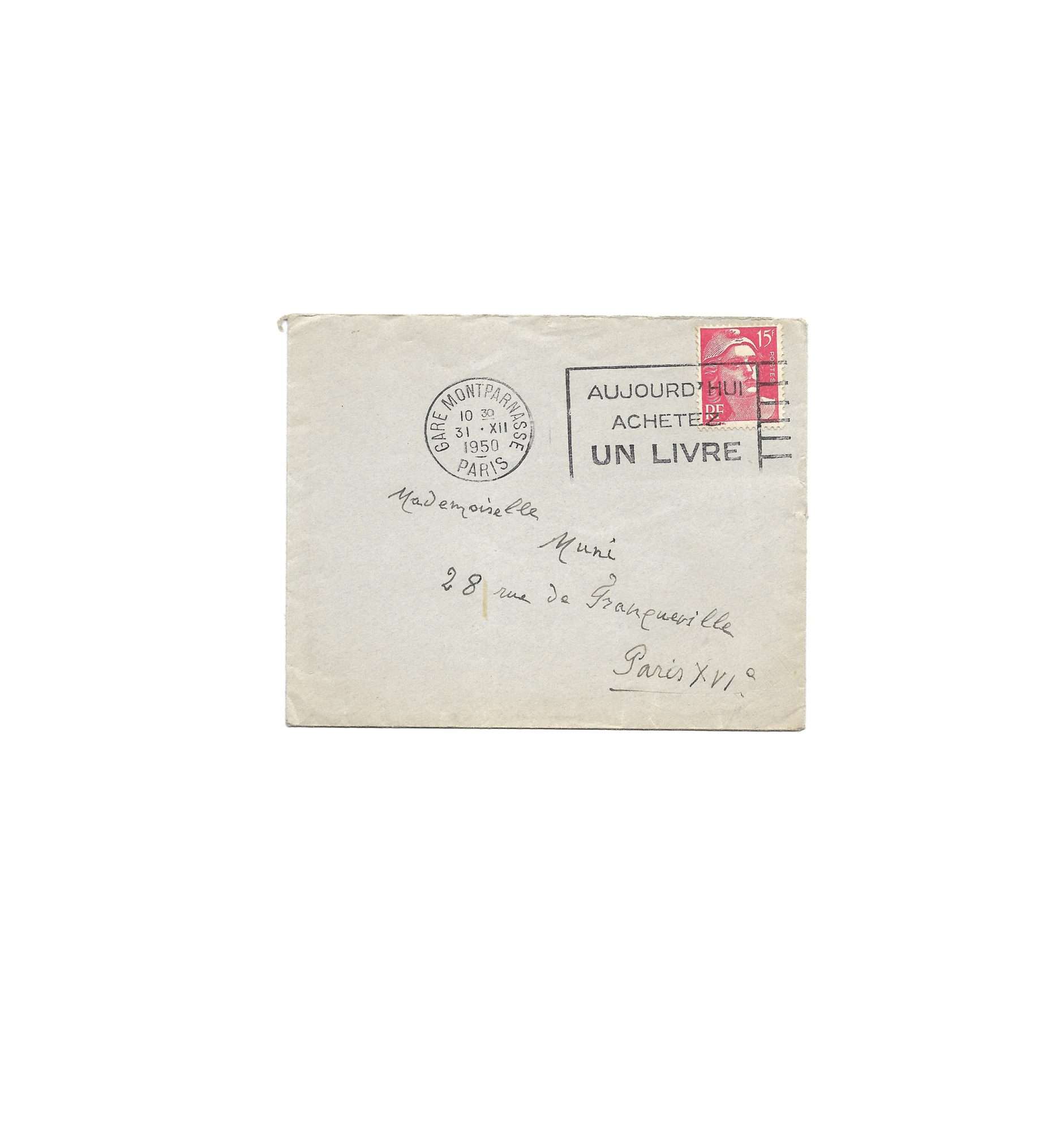 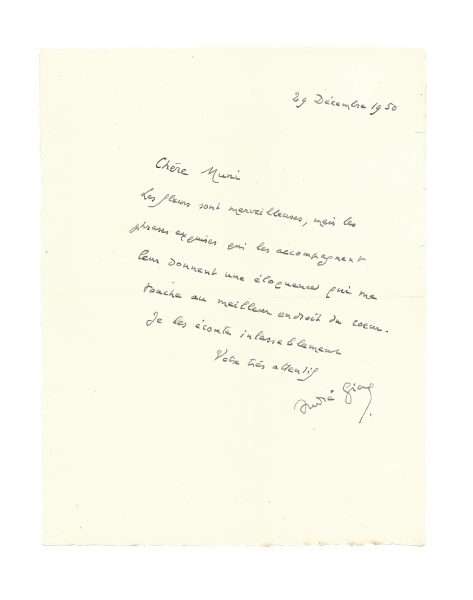 Emotional letter from Gide, one of the last, less than two months before his death

During the twilight of his life, André Gide’s main concern was the publication of his latest works, notably his Journal. As a despotic patient surrounded by his followers, he is on his way to a calm death, devoid of anguish and without the religious outburst that some still feared. He died at his home at 1 bis rue de Vaneau in Paris at the age of 81, as a result of pulmonary congestion. Gide will have these mysterious words on his deathbed: “I’m afraid my sentences will become grammatically incorrect. It’s always the struggle between the reasonable and what is not…”

Actress Marguerite Dupuy, known as MUNI (1929-1999), played the title role of Amal and the Letter of the King, a play by Tagore adapted by Gide, given by the Rideau de Paris at the Théâtre des Mathurins on June 15, 1949, in a staging by Jean Marchat