A moving portrait of the Imperial Prince, the last before his departure for South Africa 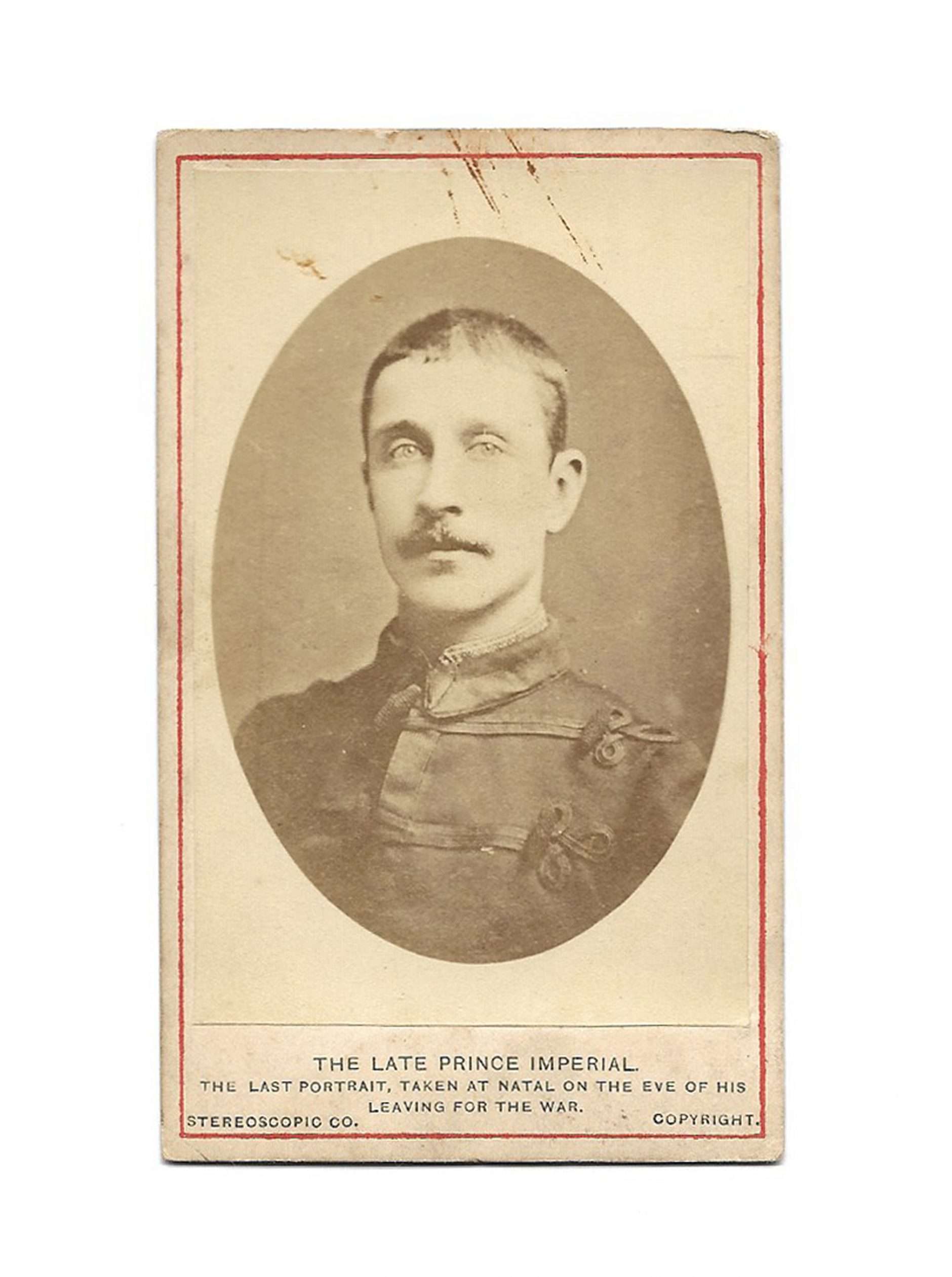 Original photograph by The London Stereosctopic & Photographic Company
Photographer’s credit on verso
Period albumen print in an oval (c. 1880), name card format
Slight traces of trombone on the upper margin without affecting the oval of the portrait

A moving portrait of the Imperial Prince, the last before his departure for South Africa and from which he would not come back alive

In 1879, at the age of 23, the prince insisted on his incorporation into the British troops of southern Africa. If he and his woolwich comrades want to take part in the battle against the Zulus, it is because he remembers that he is Bonaparte:
“When you belong to a race of soldier,” he writes, “it is only through iron that one makes yourself known.” Since his father’s death, he wants to serve his country. Shortly before leaving for South Africa, he replied to his mother, who begged him to renounce his plan: “When I have shown that I know how to expose my life for a country that is not mine, there will be no doubt that I will know how to risk it even better for my homeland.”

Queen Victoria finally authorized him, and he boarded in February. He finally succumbed to an attack on 1 June during a reconnaissance mission.