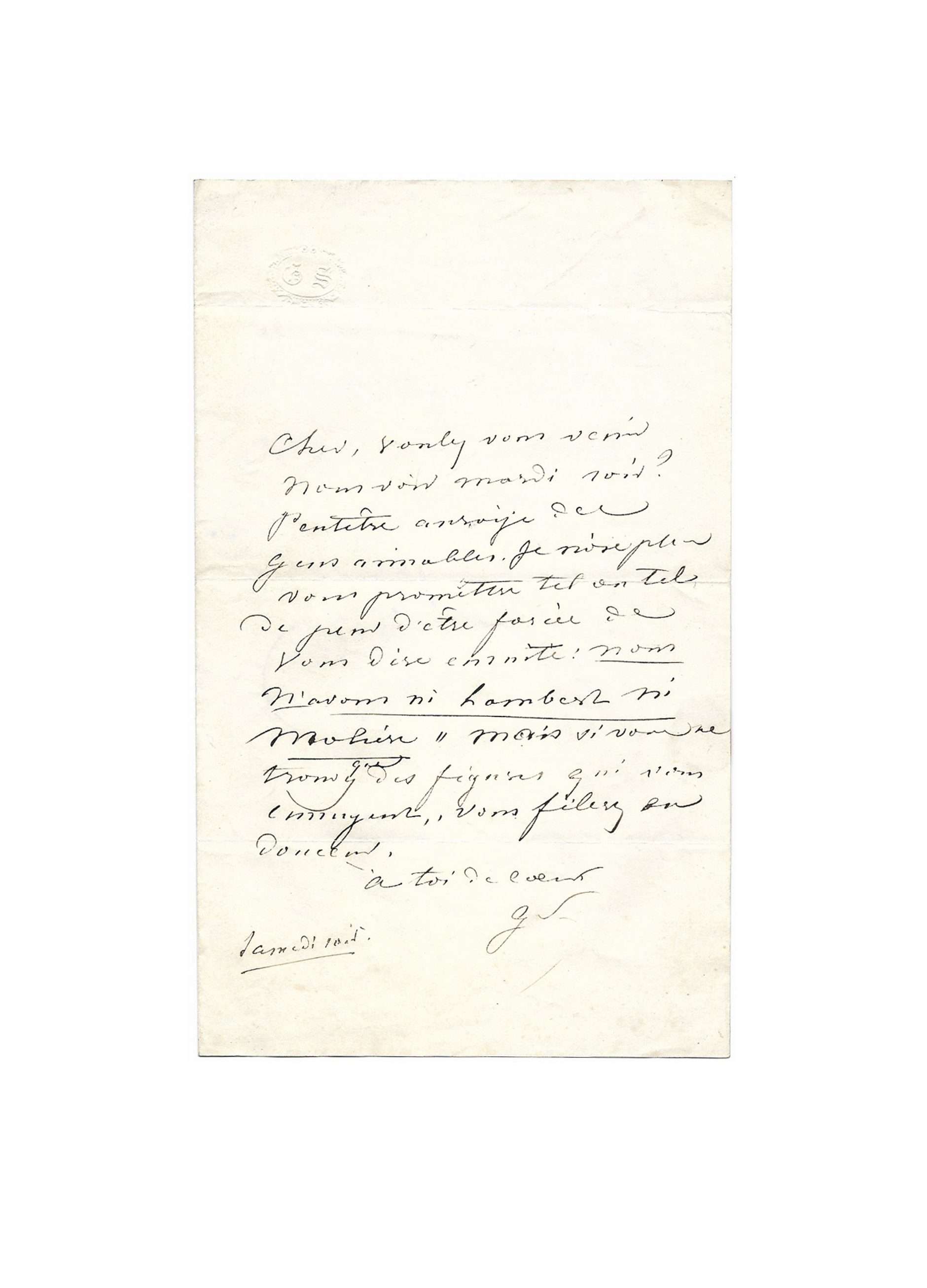 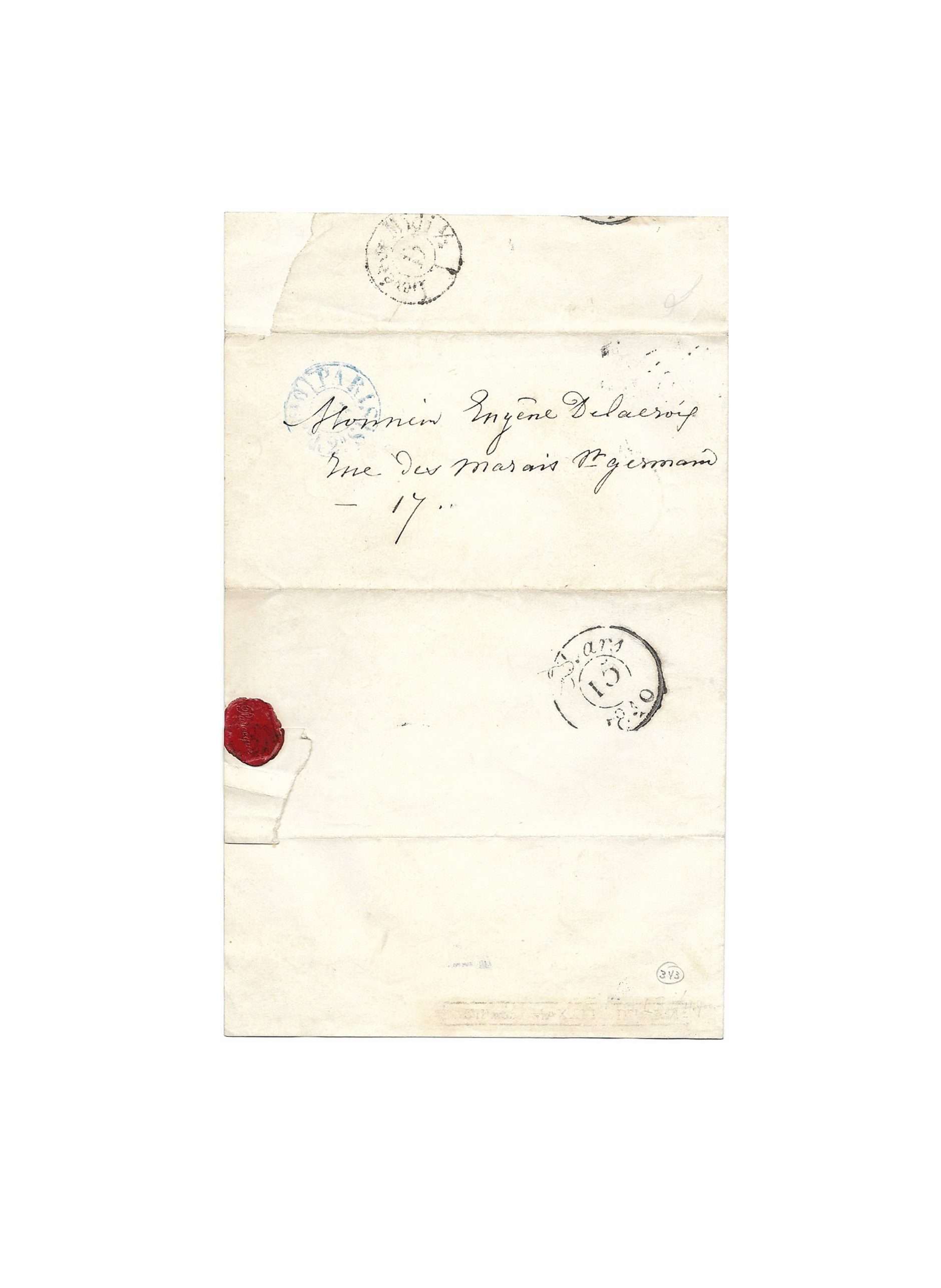 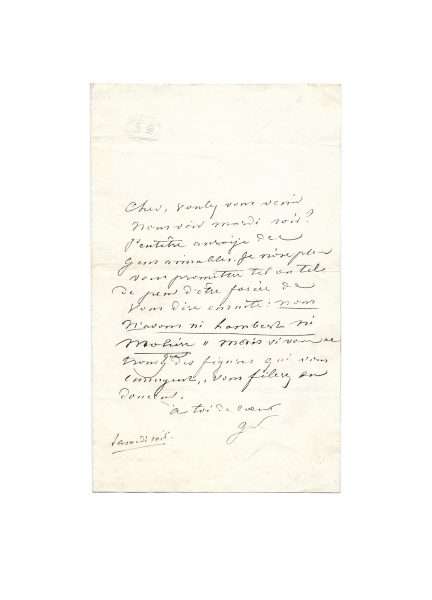 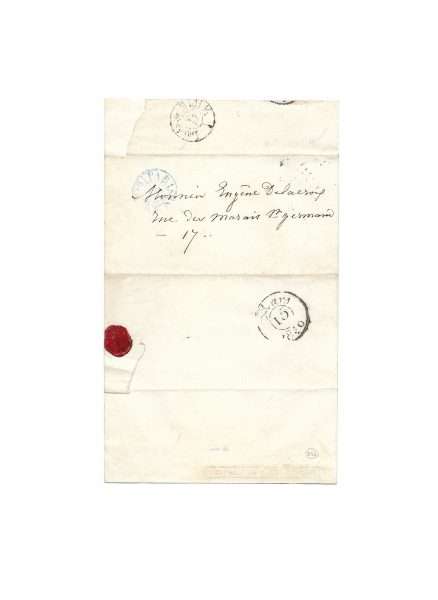 George Sand quotes boileau, Satire III: “We have,” he told me, “neither Lambert nor Molière…” The person who had invited the narrator to a ridiculous dinner had promised him the presence of Molière with Tartufe, and Lambert. This Michel Lambert (1610-1696) was a singer in vogue of the seventeenth century, highly sought after as a teacher by great characters, and who knew how to monetize his talents, to the point that he could give his daughter, when he married her to Lulli, a dowry of 200,000 pounds.

Sand’s familiarity at the end of the letter does not fail to surprise. According to Georges Lubin, this is the only time it is found in a letter to this recipient.

We know the answer of Eugène Delacroix (published in the Correspondance Générale, vol. II, p. 49) on 17th of March:

“Dear, I will not be able to go to see you tonight: it is the last day of my Italians and the Puritans [the Puritans of Scotland, Bellini’s opera]. But I am very deprived of it. Do you think I’m going to your house for this or that you promise me? […] It is you, your eyes, your dear little person that I love… »

Eugène Delacroix resided, as the address indicates on the last page, at 17 rue des Marais Saint-Germain in Paris from 1836 to 1844 (now rue Visconti). It was in this studio that he painted the famous portrait of George Sand and Frédéric Chopin.

George Sand, then in a relationship with Frédéric Chopin, resided in Paris at 16 rue Pigalle in Paris.